Wi-Fi Network Notifications Get Annoying so Turn Them Off

If you’ve ever driven around a densely populated area, like a neighborhood or downtown street, you know that your iPhone or iPad can annoy you to death with silly Wi-Fi network notifications (constantly asking you if ou want to join this or that network). This gets most annoying when you know the available networks in the area are private and have password protection.

You can turn these notifications off in Settings. I wish Apple would set them to off be default, but until they do, here’s how.

Go to your home screen and open the Settings app on your iPhone or iPad. Choose Wi-Fi. You will see all the available networks listed along with a toggle to turn your phone’s Wi-Fi on or off. At the bottom of the screen will be a setting, which says Ask to Join Networks. Just tap the blue dot which by default will be set to On. It will slide to Off and you won’t be bothered anymore. 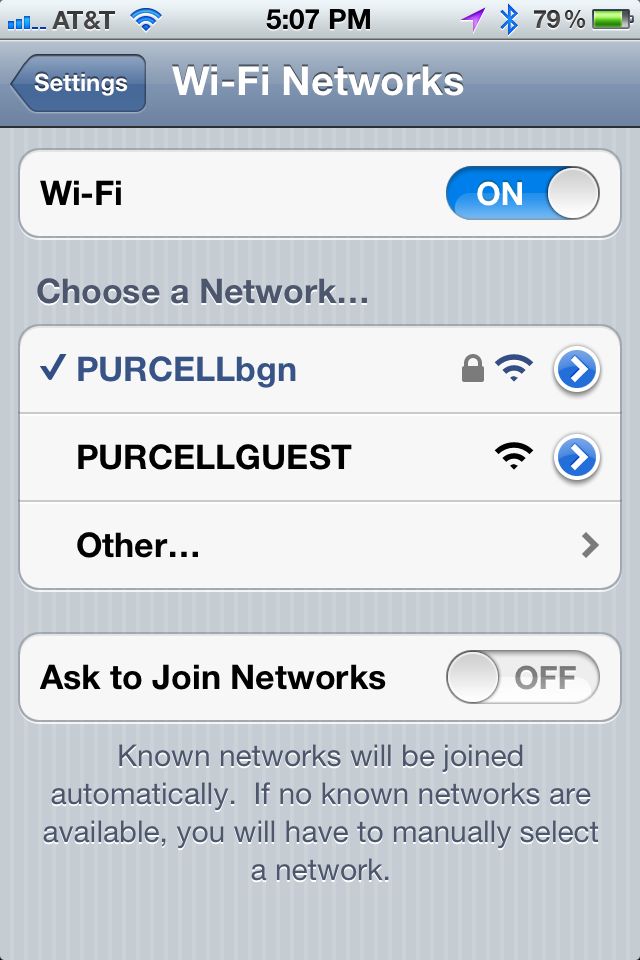 The iPad screen looks the same as the one above, just bigger.

One drawback: you will not know of an unknown open network that might be of use around you. That’s a tradeoff that most people will gladly make in favor of reducing the annoying popups which seem to hit at the worst possible time, like while you’re typing some complicated password string as you log into your email.