We’ll show you how to turn off Watch Dogs hacking and invasions and explain why you may want to leave it on even if you are initially worried that it will mess up your Watch Dogs gaming sessions.

Watch Dogs is available on the Xbox One, Xbox 360, PS3, PS4 and PC and there is a free Watch Dogs ctOS app that lets mobile players join in and play against any of these console players during multiplayer sessions. 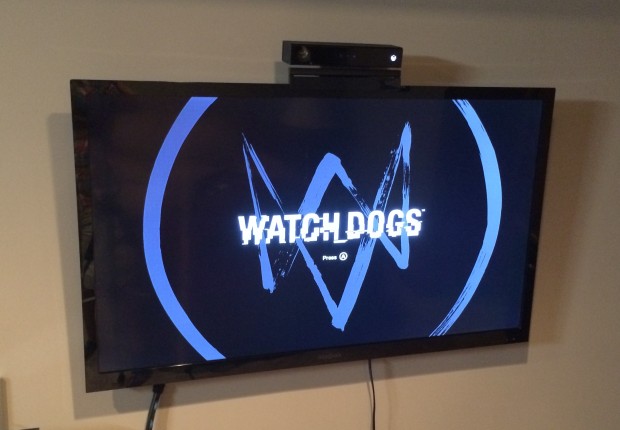 Here’s how you can turn off Watch Dogs Online Invasions.

Instead of using lobbies and parties to start Watch Dogs multiplayer gaming sessions Ubisoft made Watch Dogs so that gamers can challenge others from within the free roam part of the game. So if you are just wandering around the city exploring, another player may drop in and attempt to hack you. This should keep the game interesting, but if you don’t want any interruptions you can turn this off.

The short video below walks you through how to turn off the hacking and tailing parts of Watch Dogs multiplayer gaming. It takes about 30 seconds and is something you can turn on and off easily, but turning it off can impact notoriety and skill points.

When you turn Watch Dogs on for the first time you will need to sign in to UPlay and accept terms and conditions before you get to the main screen. You can skip UPlay, but it does unlock some extras so it is worth doing. 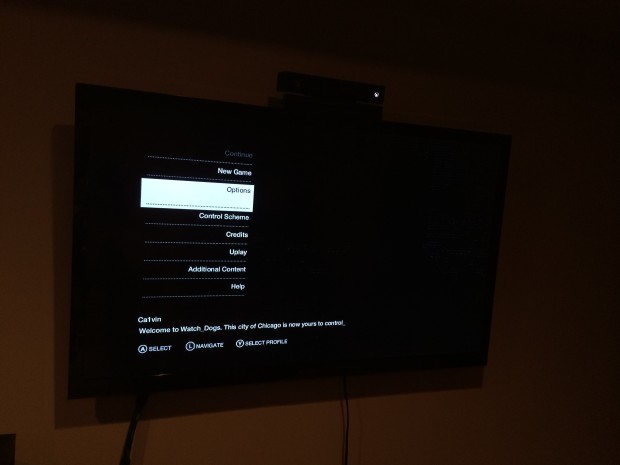 Go to the Watch Dogs settings to turn off multiplayer hacking.

On the Watch Dogs menu select Options and press the action button on your console to select it. This will lead you to another menu where you should select Online using the same button. On the Xbox One this is the A button. These directions are from the Xbox One Watch Dogs game, but it should work on any console version and the menu is likely similar on the PC. 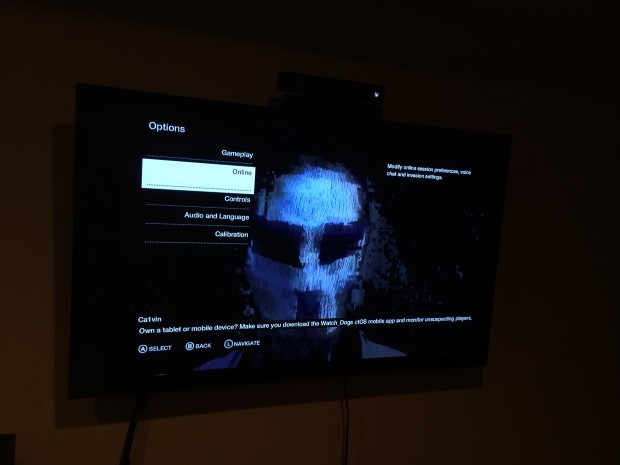 Head to Online settings next.

On this screen, move down and select Online Invasions, which is set to On by default. You can toggle this to Off using this screen. When you turn off Watch Dogs Online Invasions you’ll lose your ability to play in Online Hacking and Tailing on your own.

You will also lose your Notoriety and skills that you unlocked will be turned off. With this in mind you may not want to turn this off, or you may want to do this at the start and turn it on later. 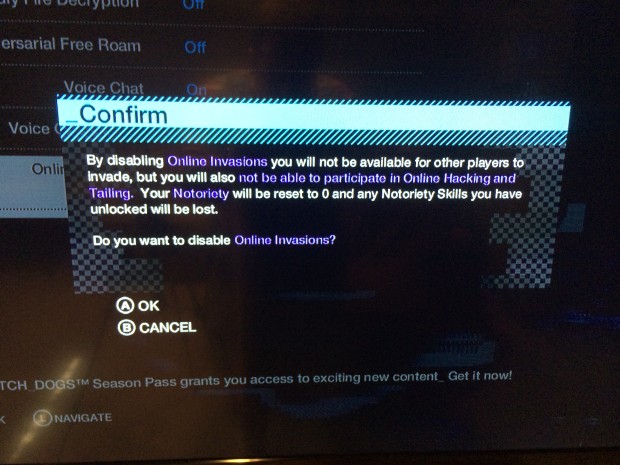 When you turn off Watch Dogs Online Invasions you give up some options.

Of course, this means you give up some part of the game and it may make the online version of Chicago less exciting. Ubisoft explains that the Watch Dogs hacking is tuned so that another player cannot jump into your game.

Ubisoft Lead Gameplay Designer Danny Belanger explains, “If you’re in a narrative experience, that’s your narrative experience you’re living in,” adding, “We try to make sure it’s when you’re available and during your free-roaming and you’re not doing something else that could be disrupted. That’s when we turn it on and allow players to come in and invade you.”

There is also a part of the game that senses how often you go out and hack in the Watch Dogs multiplayer. If you are not into this gameplay you get a shield that keeps external hacks to a minimum and it will adapt over time.