With the iPhone 5S, iPhone 5C, and 7 other compelling smartphones slated or rumored to launch this fall, when you do decide to upgrade to a newer phone, what will you do with your old smartphone? Some people will keep their old device around as a spare, and while that’s a good idea most of the time that phone will be sitting in a drawer somewhere collecting dust. Others will sell their old device or trade it in to finance the cost of upgrading to this year’s latest and greatest model. Still yet, another use for that old phone–and one that also considers the environment in mind–is to re-use that old iPhone or iPad for its rear-mounted camera for a home security system.

Thanks to the Presence app from People Power, your old smartphone could be turned into a cheap, accessible security system. All that’s required is a constant source of power, which means accessible to a wall charger that’s plugged into your home power socket, and a wireless connection, which can be done through WiFi. This inexpensive setup could replace more complicated home monitoring systems that costs hundreds or thousands of dollars.

Currently, according to a report on CNET, the iPhone 3GS or later as well as the iPad 2 or later are all compatible with the People Power-made app. The company is also looking at developing an Android version of the app to turn your old Android smartphone into a home security camera in the future.

So with your phone mounted and set up to capture photos and videos of potential burglars and home intruders, you’ll also need an app installed on your new phone so that you can remotely view what’s happening at home when you’re away. 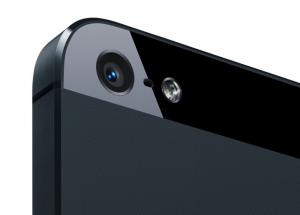 People Power CEO Gene Wang told the publication that the setup with the Presence app has been able to stop a home robbery and catch thieves breaking into a warehouse. Miami Unified School District will also be using the Presence app as a security system in classrooms and the Miami, Arizona school district is asking locals to donate old smartphones for that use.

So what happens when the thieves snatch the phone that’s mounted to the wall in your home that you’re recording footage with? Well Wang says that would be a really foolish move. “We’re going to have a picture of you so that’s not the brightest thing you can do.”