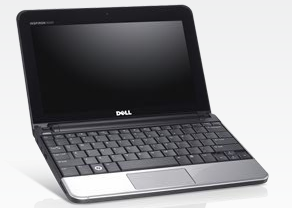 Liliputing reports that MaxLinear and Hauppauge Digital are teaming up to build low-cost, low-consumption, low-size TV tuners for low-ly netbooks. Sounds like a good idea to me (already an option for the Dell Mini 10 shown here), and one that should make up for one of the drawbacks of a netbook – lack of a DVD drive.

Anecdotally, we’ve heard that consumers have backed away from or returned netbooks because they wanted something that can also play movies. A TV tuner would fill that void to an extent, allowing it to act as a portable TV, giving it an extra “entertainment anywhere” capability. Not a big deal for me, but I think it’s a good pairing and could perhaps grow into a standard netbook feature to give it some market differentiation. What do you think?