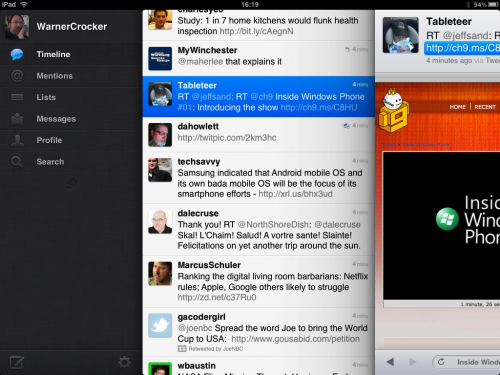 Twitter Apps for the iPhone and the iPad fall into the category for me (and others) of try them all until you find what you like best. In the pre-iPad days, there seemed to be a different Twitter App released every week for the iPhone. I tried most of them. My Apps page in iTunes is littered with Twitter Apps. Like many I eventually settled on Tweetie for the iPhone. It had a nice clean interface and was very easy to use. Well, Tweetie got bought by Twitter and while the newly named Twitter for the iPhone worked just fine, iPad users were in wait and see mode, for quite some time. I gravitated toward Osforra for the iPad and also for the iPhone in the interim.

Yesterday, to much ballyhoo, Twitter for the iPad was released and so far most of what I’m seeing is universal praise. There is quite a bit that is praiseworthy. Twitter for the iPad is not just another Twitter app. The UI is designed to display not just Tweets but content that may be linked in those Tweets. It follows a consumption model that reminds me of Flipboard, and as some are saying, may become the way they look for news going forward. Think of it as a new metaphor, one that is tailored for the iPad and its large multi-touch screen. The developers were obviously spending a lot of time and thought to make Twitter for the iPad something different.

Instead of an endlessly scrolling list of Tweets, Twitter for the iPad gives you room on the roomy iPad screen to flick tweets that you want to see more of to the right and create a separate window or pane. If you want to get rid of that pane you slide it further off to the right. Supposedly you can use a two finger pinch gesture to zoom into  a Tweet or a profile, but I can only get that to work some of the time. I think that’s my dexterity that fails there. One thing for sure there is always a lot of info available for your eyes, especially if you’re in landscape mode.

But as I’ve attempted to use Twitter for the iPad today, I’ve come to realize that as new as its metaphor is, I don’t think it is for me. It involves too much work for something that I am used to doing with great ease. I find myself (admittedly it is still early) having to think too much instead of just scanning tweets and choosing some to look at more closely. Perhaps it will grow on me if I choose to use it more, but at the moment I have to say that while I’m impressed with the new metaphor, I’m less than thrilled with the new version. Not because it isn’t a good app, it is. But because my way of using Twitter on the iPad just doesn’t jive with the new metaphor. At least so far. 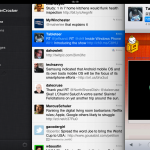 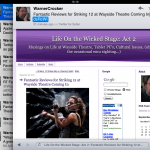 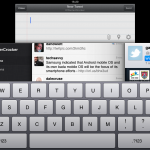 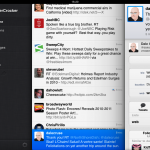 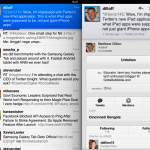 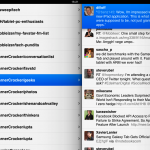 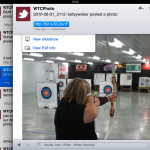 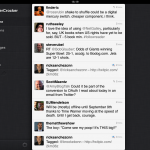