Nokia is now rumored to be working on two upcoming Lumia phablet models, one of which will be released this fall and the second will bring more advanced specs for a launch in February 2014, likely around the time of the Mobile World Congress trade show. These models would be among the first phablets for the Windows Phone platform, pushing display sizes north of the 5-inch mark, which would also be a first for Nokia as the current Lumia flagships have a 4.5-inch display size.

In a report on Nokia Power User, there will also be a third un-announced Nokia product to launch as well that will debut alongside the first phablet model that will come in October. This one is described as a low priced Lumia 920 alternative.

So let’s get down to what we are hearing rumored for each of the three devices.

The first phablet will be launching this fall in October. Reportedly, it will use the same low light camera from the Lumia 925, which would give you great PureView shots when lighting conditions are challenging and will help eliminate shaky videos as a result of wobbly hands. The device will have a screen size of between 5.5 to 6 inches.

The next phablet will be introduced early next year and will come with an interesting camera feature. This model could represent a new wave of PureView imaging technology and the device is expected to include a Lytro-style camera with 16 lens. With these 16 lenses, users can choose their focus point and adjust the background blur, or bokeh, after the image was captured. Current camera and camera phone technology requires the user to set the focus point before the shutter button is pressed, so once an image is captured, you cannot retroactively go back and change what is in focus in your composition. 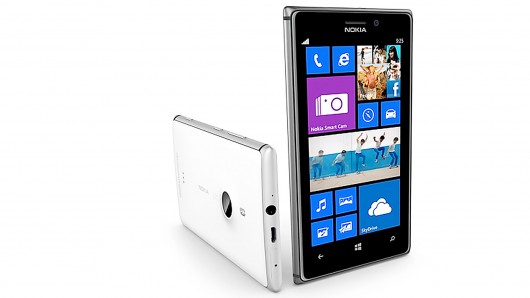 The camera will have more megapixels than the current generation of Lumia smartphones, which means resolutions in excess of 8 megapixels. Additionally, Nokia will be bringing back the camera hump to this model.

The budget friendly Nokia Lumia 920 is expected to have a thinner profile, similar to the design of the Lumia 720, and will come with a Carl Zeiss camera with an 8-megapixel resolution. The camera will have an F/1.9 lens, though the lens won’t be stabilized like that on the Lumia 920. Moreover, the phone will have a larger 4.7-inch display with the same WXGA resolution bringing 1280 X 768 pixels to the screen. Specs-wise, it may have a similar processor and graphics engine as the Lumia 920.

This new low-cost model is expected to be a replacement for the Lumia 820, which would be good news for the mid-range segment as there are no mid-range Windows Phone currently on the market with a high resolution display. This would give Windows Phone a 720p HD display in the mid-range market, a screen resolution that has thus far been reserved for flagship status.

Pricing is expected to be very aggressive and this may be Nokia’s answer to Apple’s rumored low-cost iPhone.