Portable battery chargers for smartphones and tablets are becoming more and more popular, especially as battery sizes increase and recharge times decrease. TYLT, one of the more popular portable battery brands released a slew of new chargers this week at CES 2016.

TYLT has offered award-winning chargers and smartphone accessories for years, but for 2016 they kicked things off with a new range of “Turbo” chargers with support for quick charging, USB Type-C and more that promises nearly 3x faster recharge times for users favorite gadgets. The best part though, is they have every port you’ll need, not just one or the other.

The company announced an all-new TYLT Vu 2.0 Wireless charging dock, a new 5-port desktop charging station, and a myriad of new portable battery chargers as a part of its new Turbo lineup. Here’s what you need to know about TYLT’s new Turbo Chargers. 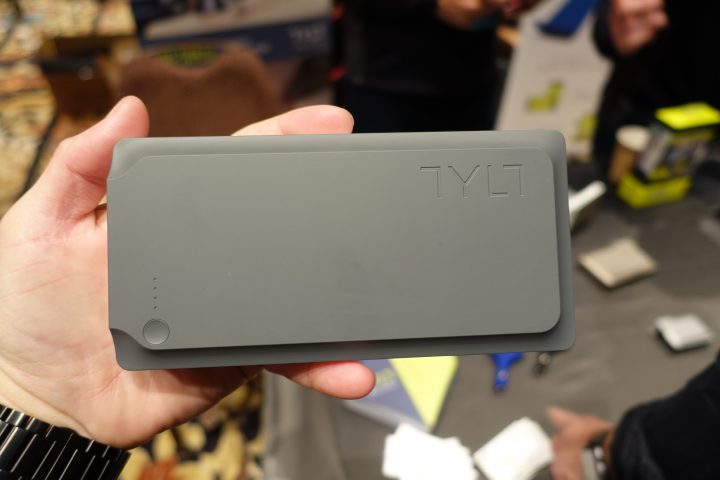 For those that don’t know, portable battery chargers are essentially a battery pack that users can plug their smartphones, tablets or gadgets into for extra battery life on the go. With TYLT, users will get Quick Charge 2.0 technology so phones charge from 0-50% in less than 30 minutes, can charge up to 3-4 devices at the same time from one battery pack, and the portable battery themselves recharge faster than most on the market.

TYLT’s new Turbo Battery Chargers come in a wide array of sizes, feature a brand new charging technology so the batteries themselves recharge fast, and support all popular USB types. Rather than just one charging port, they offer all current options. Essentially covering any and all devices. For current smartphones and tablets, future devices, and more.

Shown above is the new TYLT Turbo 20,800 mAh Quick Charge and Type-C charger. Users will notice there’s a regular USB out port to connect a cable and charge any device, a Quick Charge 2.0 capable USB port, a micro-USB port for charging, as well as the new USB Type-C for Google’s Nexus phones, and upcoming devices like the Galaxy S7 and most smartphones that will be released in 2016. TYLT’s portable battery options are all future proof and ready for 2016. The only downside is they don’t support Quick Charge 3.0, but at the same time USB Type-C is the port for most future devices.

TYLT’s line of portable batteries range in size from 5,200 mAh to 20,800 mAh, support 50W of output with Type-C and more. As a comparison, the Galaxy Note 5 has a 3,000 mAh battery. So TYLT’s biggest battery can recharge it nearly seven times straight. The batteries themselves can be recharged in a mere five hours using a new DualFuel Technology.

That being said, they’re not yet available. TYLT confirmed that its all-new Vu 2.0 dock, desktop station, and multiple variants of the Turbo Portable Battery will all be released in Q2. Stay tuned for more details as the release nears.