The Typo iPhone case, a case currently embroiled in controversy thanks to a lawsuit from BlackBerry, is an iPhone case that wants to do exactly what one might expect from a case being sued by the makers of the famous physical keyboard. It wants to turn the iPhone into a BlackBerry.

For many users, moving from a BlackBerry smartphone to an iPhone can be a daunting task. BlackBerry’s are known for their physical keyboards while Apple’s iPhone utilizes a virtual keyboard. This is the clientele that Typo, the Ryan Seacrest backed iPhone case, hopes to catch on with. 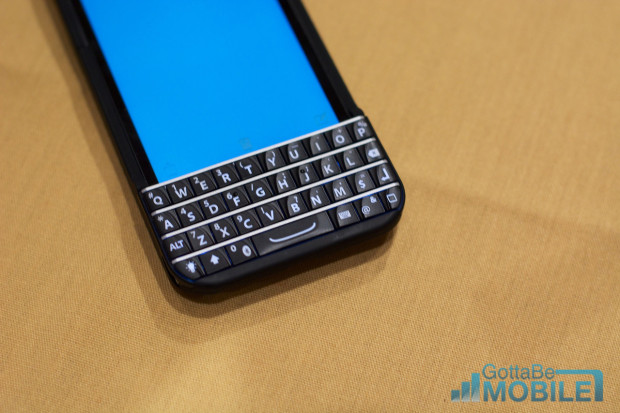 The Typo iPhone Case is no ordinary case. While it snaps onto the back of an iPhone 5 or iPhone 5s like any normal case, the Typo iPhone case also comes with a BlackBerry-style keyboard that will appeal to those who are feeling nostalgic or simply want to make the transition from BlackBerry to iPhone an easier one.

The case, which debuted at CES 2014, has already drawn the ire of BlackBerry in the form of a lawsuit. BlackBerry alleges that “Typo chose to copy BlackBerry’s iconic keyboard design as embodied in, among others, BlackBerry’s Q10 smartphone, seeking to trade on BlackBerry’s commercial recognition and goodwill.”

Because the lawsuit is new, it’s not clear what the outcome will be. What is clear is that Typo won’t be going down without a fight which means that the case will live on for now.

We were able to spend some time with BlackBerry’s current nemesis. And while there are some kinks that need to be worked out, the Typo keyboard has a real good chance of latching onto those iPhone owners that simply can’t shake the appeal of a BlackBerry keyboard.

And while the keyboard itself is good, it’s hard to ignore some of the minor annoyances that come along with having a case that functions as a keyboard. 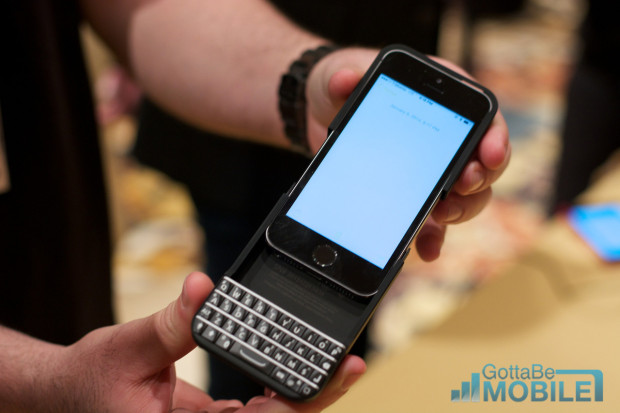 The keyboard blocks the home button on the iPhone, something that bothered us almost immediately. For iPhone 5s users who rely on TouchID to unlock their phone, this could get old fast. The case provides a button in lieu of the home button but it’s not the same.

It also adds some bulk and completely covers up the back of the iPhone. Gold iPhone 5s owners beware. The case charges separately from the iPhone though it does, according to Typo Products, last for up to 14 days without a charge.

Overall, we found the Typo iPhone Keyboard Case to be worthy of the attention of former BlackBerry addicts around the world. It looks and feels just like a BlackBerry keyboard. It also serves as case, protecting the iPhone from harm. With a $99 price tag though, iPhone owners will need to be sure about returning to their BlackBerry roots.