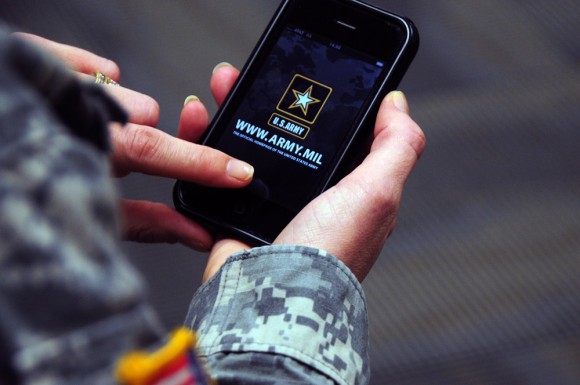 The U.S. Army is looking at ways to integrate mobile technology, like smartphones, into the personal arsenal of troops in war zones. Beyond Android smartphones and iPhones, the Army is examining ways to deploy the iPad, the Amazon Kindle, Barnes & Noble Nook, and pico projectors.

With mobile technology in war zones, the army is hoping that by equipping its troops, soldiers can access data and receive updates in the field. These small devices are increasingly becoming more powerful and may be the right balance between power and portability for troops.

According to the report, “At war, smart phones would let soldiers view real-time intelligence and video from unmanned systems overhead, and track friends and enemies on a dynamic map…But the Army must first work through the complex task of securing the data and the network before it sanctions smart phones on the battlefield.”

Apple’s products have caught the attention of the army due to the company’s “it just works” philosophy, which is crucial when you’re in a combat zone. The Army had used iPods in 2008 as a translation tool, which was cheaper and more effective than other technologies that was used in the past.

The plan is not yet finalized at this time. If implemented, phones like the iPhone would be outfitted inside special antenna sleeves, which would connect to the Army’s network of ground stations and airborne nodes.