If your mantra is bigger is better, then HiSense’s X1 is probably the best phablet to hit the U.S. in terms of screen size. Even if it’s not the “best” tablet in terms of specs when it officially lands in summer 2014 State-side, it definitely is the biggest phablet to be announced for the U.S. market at this time.

The 6.8-inch HiSense X1 comes with voice calling capabilities and built-in 3G HSPA+ support, though it lacks 4G LTE networking, and is expected to land in the U.S. this summer with some great specs. However, the device may be more a niche device as it’s large screen is probably more close to a 7-inch Android slate like the Google Nexus 7 rather than a 4- or 5-inch smartphone of today. 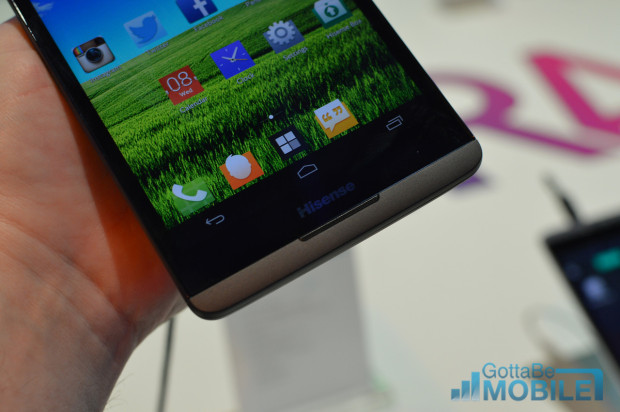 Specs for the HiSense X1 is very competitive with some premium devices on offer today. The phone comes with a quad-core Snapdragon 800 processor, a full HD 1080p display stretched over its 6.8-inch real estate, Android 4.4 KitKat, a massive 3900 mAh battery, along with a 13-megapixel camera on the rear.

And depending on price when it lands in the U.S., it could be a very mobile tablet with voice calling capabilities. The device is said to be a more mid-range device, so this could potentially open the phablet market further to users who may want a larger display and premium specs, but may not be able to afford a Galaxy Note 3 or an HTC One Max in the U.S. Given its midrange specs, the HiSense X1 definitely beats Samsung’s mid-range Galaxy Mega 6.3 phablet sold in the U.S. under wireless carrier AT&T. 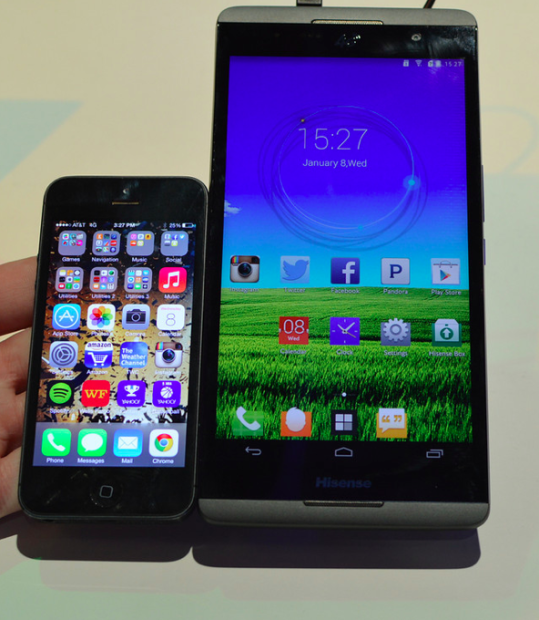 The X1 features a very good IPS display that shows off Android and a very light skin nicely. The device does have a plastic build. In terms of design, the X1 does bear a resemblance to the HTC One Max, at least from the front.

The company is reported to be engaged in talks with at least two U.S. carriers. Given the HSPA+ mention, this could likely arrive on either AT&T Mobility or T-Mobile U.S. in the States, though we haven’t heard anything official just yet.