Despite recommendations by the National Transportation Safety Board to ban hands-free gadget usage in automobiles in the U.S., the Department of Transportation says that it will continue to allow for hands-free use.

In the most recent years, a number of states have shifted policy that bans phones from being used for calls or texting unless hands-free measures are implemented inside an automobile, such as a Bluetooth or wired headset. Despite those recommendations, the NTSB says that accidents and fatalities result from distracted driving, and not just manually operating a phone inside a car while driving. 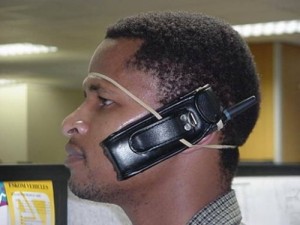 Though drivers can multitask, the NTSB says, multitasking means that the brain is allocating less attention to driving as it has to distribute its focus to more things concurrently. As a result, even though hands-free measures have been implemented, there are still accidents that could be avoided by simply requiring drivers focus on the road and eliminating cell phones from the equation.

Despite its findings, the NTSB cannot make policy and that job is set for the U.S. DoT, which has concluded that hands-free use can continue.

U.S. Transportation Secretary Ray LaHood says that hands-free calling “is not the big problem in America. If other people want to work on hands-free, so be it.”