U.S. DoD Exempts Itself From PRISM Surveillance By Creating Its Own 4G Network

After Eric Snowden had leaked that the U.S. government had been secretly monitoring its citizens’ phone records and emails through an NSA program called PRISM, it looks like the U.S. Department of Defense (DoD) may try to exclude itself from being monitored. The defense department will be creating its own secure 4G network that will separate itself from consumer networks operated by carriers like AT&T, Sprint, T-Mobile, and Verizon in the U.S.

Citing the fight against cyber-attacks and cyber-terrorism, the network will be part of a $23 billion campaign spread out over four years. It appears that the network will go live in about a year, though it’s unclear if 4G here means LTE or HSPA+.

Chairman of the U.S. Joint Chiefs of Staff, General Martin Dempsey says that “a secure 4G wireless network that will get iPads, iPhones, and Android devices online by mid-2014″ will be part of the defense department’s plans.

More recently, the DoD had made approval for its staff to use Apple iOS smartphones and tablets, Samsung Galaxy S products with Knox security, and BlackBerry 10 OS devices for use. In the past, the DoD had historically relied on BlackBerry to deliver a secure mobile computing experience, but given the prevalence of apps and their ease of use, the expansion to more popular, but secure, OSes seem like a natural extension. 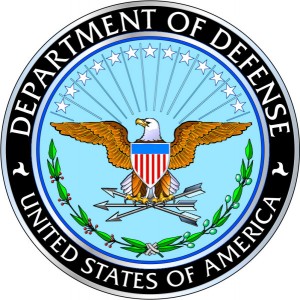 And according to Dempsey, the network will also support a yet undisclosed secure phone. In his speech at The Brookings Institution, Martin said he was carrying that phone, but didn’t give any details about its physical appearance, specs, or capabilities. He did say, according to The Verge, that the phone “would make both Batman and James Bond jealous.”

Given that Britain’s popular spy carries a Sony Xperia smartphone in the latest Bond flick, we can perhaps guess that if Dempsey’s reference is accurate that the DoD head means that the phone will be at least more powerful than any of the Snapdragon S4 Pro-powered Xperia devices on the market today.

So with powerful devices and its own private, secure 4G network, hopefully, the DoD won’t be able to spy on itself. As for the rest of the country, PRISM is still there.