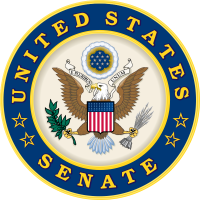 The U.S. Senate is proposing legislation that would create harsher punishments and make illegal video streaming a felony under the Commercial Felony Streaming Act. While the current laws under the Digital Millennium Copyright Act imposes stringent punishment on illegal video and music downloads, legal policy has thus far not kept up with streaming technologies. With the new law, not only will it become a felony to stream content without consent of the rights owner, but it would impose mandatory prison time for up to 5 years for those who are caught more than ten times in six months.

With the rise of always-on, always connected devices, like 3G/4G-enabled smartphones and tablets, there are now a number of sites targeted at iOS and Android users that offer to stream pirated content for free or at a very low cost. Those sites serve as an underground alternative to official sources, like Hulu Plus and Netflix.

However, the problem may occur when users purchase third-part apps, especially on Android Market, that aggregates content from TV shows and movies. For those general consumers, they may assume that by paying for the app, they are in fact paying for the rights to the video whereas in reality they’re essentially paying the third-party developer for the app and not for the streaming rights for the content in question.

The proposed legislation is still in committee right now and would need to still be voted on by the entire Senate.

If in fact the proposal becomes law, it might put a burden on Google to cleanup Android Market for those third-party apps that aggregate content as there may be confusion between paying for an app versus paying for the streaming rights and service, like Netflix. A quick search on Android Market for ‘video streaming’ yielded a number of free and paid third-party apps that aggregate and streams video content on the Internet, many of which are not legal.