U2 Releases New Album for Free on iTunes

U2 took to the same stage Tim Cook used to introduce the iPhone 6  to play a new song and announce that its new album would be offered for free to iTunes customers. Anyone that owns an iOS device or has an iTunes account set up on a Mac or Windows PC can listen to and download U2’s Songs of Innocence for free right now.

The new U2 album consists of 11 tracks, including The Miracle of Joy.  That’s the song Bono and his band mates performed at the iPhone 6 launch event in Cupertino earlier today. The song is also the soundtrack of an Apple commercial promoting the giveaway. So far that ad hasn’t aired on TV, but Apple has published it on its YouTube channel and you can view it below. Anyone with an iTunes account will be able to see U2’s Songs of Innocence  in their purchased library. Alternatively, iTunes customers can follow this link to the album on iTunes.

In the television commercial called Echoes, U2 performs the song in front of a white backdrop. The style’s reminiscent of older iPod ads that featured silhouettes of people dancing and performing against plain backgrounds.  The silhouettes of the U2 band members are sometimes filled in with vintage footage of the band performing.

U2’s Songs of Innocence  will not be available anywhere else in physical or digital form through October 13. Apple is essentially buying out the album and giving it away to its 500 million iTunes customers for free until then. If you want to listen to U2’s Songs of Innocence  on Android devices or Windows Phone devices before then, you’re out of luck.

The only place where you’ll be able to stream U2’s Songs of Innocence  until October 13 is on iTunes Radio. Streaming music services such as Spotify, Pandora and Spotify will not be allowed to carry songs from the new U2 album until after Apple’s exclusive wraps up.

This isn’t the first time Apple’s partnered with U2. Tim Cook pointed out the band’s commitment to social issues, including the fight against AIDS.  Apple partnered with Bono’s Project (RED) to donate proceeds from select iPods since 2006. 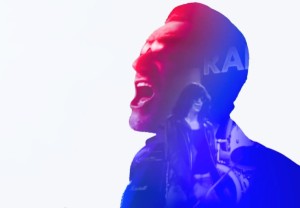 U2’s members aren’t the only celebrities helping Apple launch the iPhone 6 and iPhone 6 Plus. Justin Timberlake and Jimmy Fallon star in two new television commercials to promote the new devices. In one ad they show off the two new devices while singing the theme from 2001: A Space Odyssey.  In another commercial the duo demonstrate Apple’s new Health app. The two stars don’t show their faces in either commercial and Apple doesn’t actually state who’s doing the voiceovers. Tim Cook did reveal that the pair were part of the iPhone 6 promotions during his keynote presentation.