Gamers who enjoy the simple fun of the old Atari Breakout game will enjoy Ultimate Arkanoid. The app runs on both the Apple iPhone and iPad with simple retro style graphics for hours of mind numbing fun. Unfortunately, it also comes with a flaw.

Breakout helped millions of kids and adults alike waste hours as they bounded a little ball off a rectangular paddle that slid along the bottom of the screen. The ball collided with a pattern of stacked rectangular bricks of multiple colors. The bricks disappeared as the ball hit them. Clearing the screen resulted in a new screen with a new pattern. Individual bricks hid surprise bonuses to help further the player’s trek through the levels.

Users can still play the Atari Breakout (Free) on the iPad, but we like to support independent developers who do a good job creating fun and attractive games. That’s what people who download Ultimate Arkanoid ($.99) will get for most of the game. 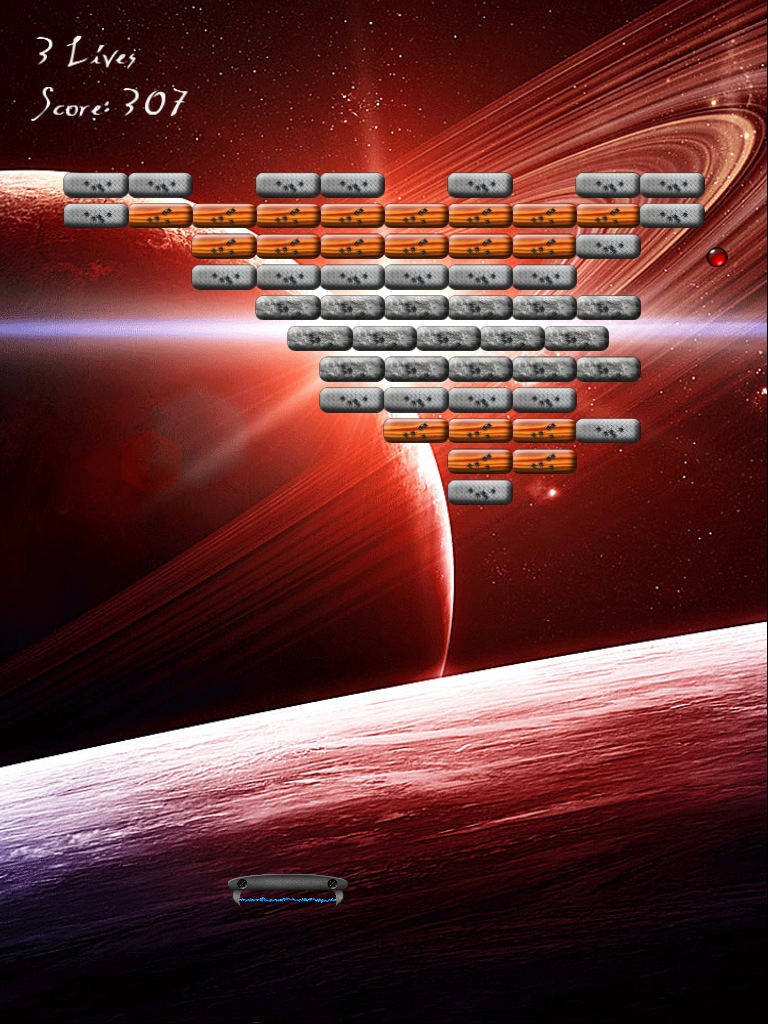 The game doesn’t come with many frills. There’s one mode of play, on the iPad. The options offer a choice between playing with sound or without. Once the game starts it looks just like the old Breakout, Arkanoid or another clone called DX Ball.

Some users remember the early Windows clone called DX Ball from the nineties. Another older arcade version called Arkanoid hit during the mid-eighties. Those clones helped many of us get our Breakout fix. 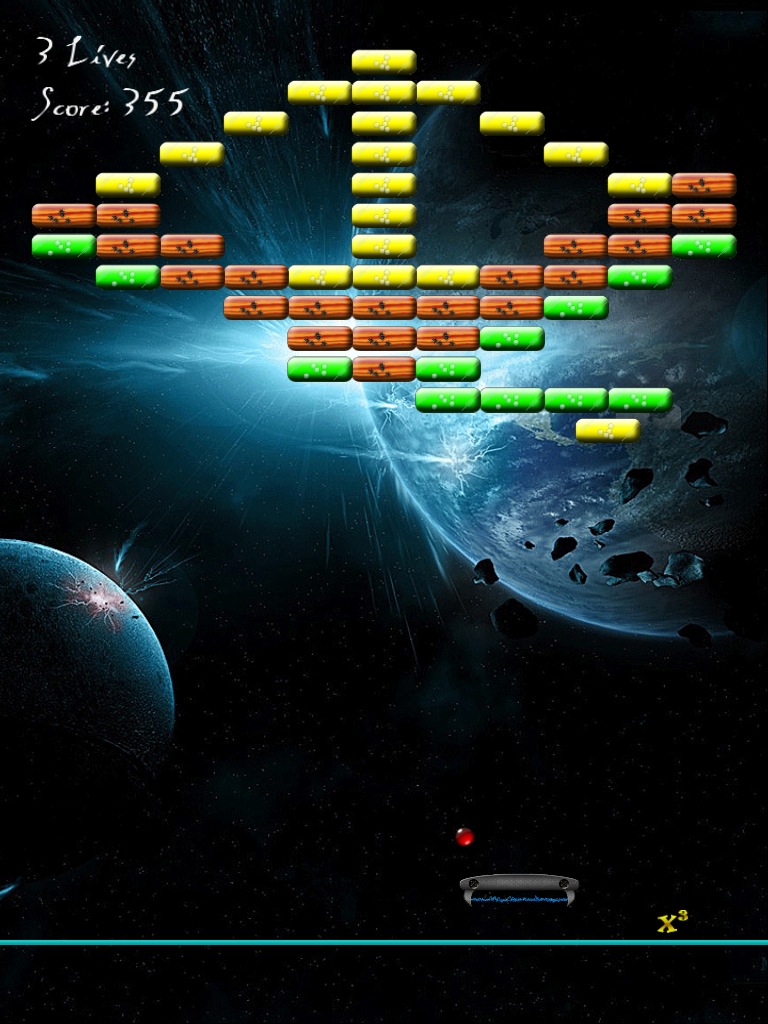 Ultimate Arkanoid has the potential to offer the same mind-numbing fun. We like the hidden bonuses users earn by hitting the right brick. As the bonuses fall they enlarge or shrink the user’s paddle, split the ball so that four balls will start banging around the screen and more. One bonus puts a green line across the bottom to keep the ball in play even if the player misses the ball with their paddle.

After clearing a few boards we experienced a known bug. Suddenly the ball will freeze. The player will have to exit the game, double tap the home button to bring up the task bar and then press and hole the game’s icon and hit the X to force close it. That’s the only remedy at this point. The developer knows the problem exists and plans a fix soon. So wait to get the game till he does. 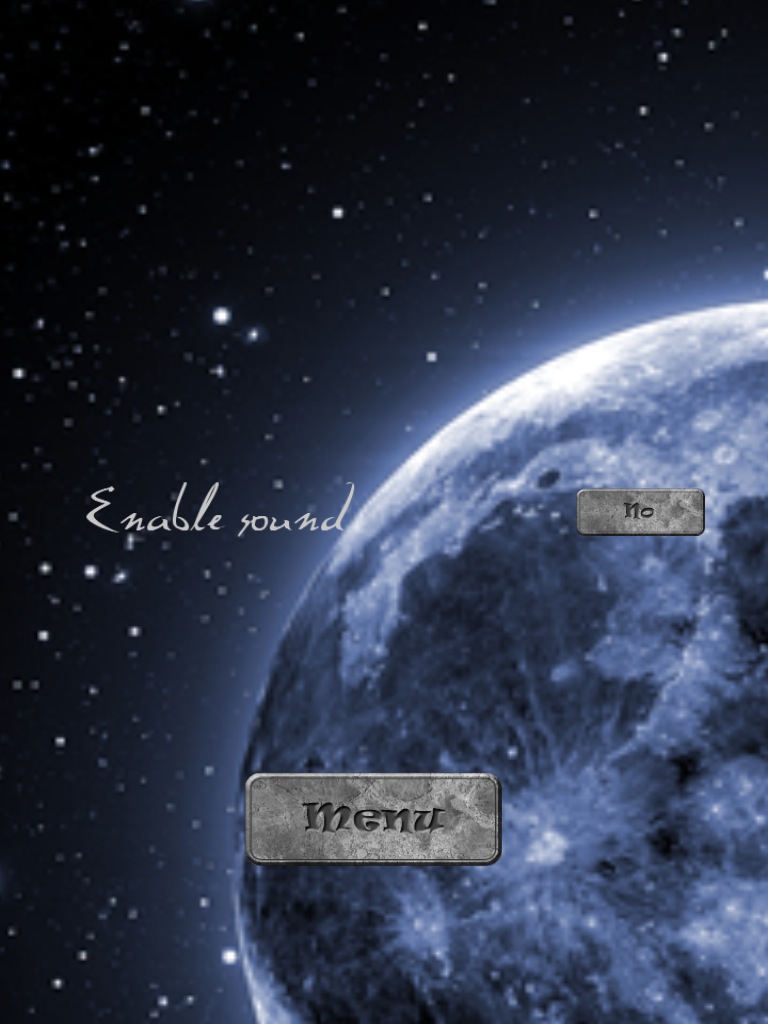 Ultimate Arkanoid offers only one option – sound or no sound

The app store might include more feature-filled Breakout clones, but we like Ultimate Arkanoid and wish we could recommend it for lovers of this classic game. The space age backgrounds look nice. The fonts could use some improvement, with cleaner fonts instead of pretty script-style fonts. And then there’s that bug. Fix it and we have a fun Breakout clone that’s only a buck. Till then steer clear.