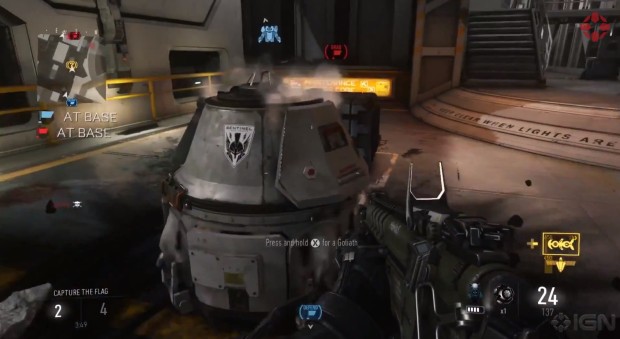 You can use a one-time use item to instantly become a better player, but only for a limited time.

It might not sound like much, but being able to save on Call of Duty: Advanced Warfare when you upgrade is huge. Normally, users are either stuck playing on their last-generation console or paying $60 to upgrade to the new version. For true Call of Duty fans this deal takes a lot of the guess work out of whether they’ll buy a next-generation gaming system this holiday season.

There aren’t any gimmicks involved in this Call of Duty Advanced Warfare deal, but there are some restrictions. First, users are saving $60 at least, but that’s only if they purchase the digital download version of Call of Duty: Advanced Warfare when it becomes available in the Xbox Store or PlayStation Network. Those who purchase copies on discs won’t be able to take advantage of its Call of Duty: Advanced Warfare deal. Instead, those users will still have to weigh the pros and cons of getting an Xbox One or PS4 and having to upgrade their version of the game. The second major restriction comes down to timing. Activision says all users who purchase a season pass will have that content unlock in newer versions of the game whenever they upgrade with “no deadline.” The same isn’t true for the game itself. Users who purchase a digital copy of Call of Duty: Advanced Warfare on Xbox 360 and PS3 will have until March of 2015 to redeem their upgraded digital copy. Once March passes, the offer ends and users won’t be able to claim their free upgrade. In effect, Activision is saying users who purchase the game on a last-generation console and want to upgrade have until March 2015 to pick up an Xbox One or PS4.

Announced earlier this year, Call of Duty: Advanced Warfare is the next major installment in the first-person shooter franchise that now has yearly releases. In this game’s multiplayer fans will find all sorts of futuristic weaponry to use on foes. There are exoskeletons that give players super strength and the ability to climb on walls. There’s laser powered weaponry scattered throughout the game and robotic shields that cover players as they attempt to deal with hostile forces. All told, this a Call of Duty: Modern Warfare with a futuristic twist and decent story. From trailers we know that actor Kevin Spacey stars as the CEO of a corporation that the United States and many other governments has entrusted with world safety. Spacey’s character can be seen in recent trailers deciding to act against organizations and foes on his own orders remarking that he who has the power makes the rules.

Call of Duty: Advanced Warfare for the Xbox One, Xbox 360, PS3 and PS4 arrives on store shelves November 4th, but users who pre-order will instantly be registered for a Day Zero Edition version of the game. This Day Zero Edition will be playable on November 3rd, a full day before all other users can get their hands on the game.