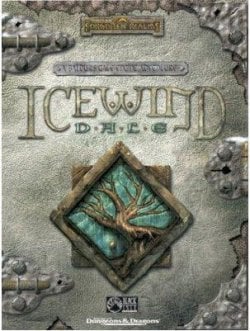 Jon Stokes continues his series of articles at Ars Technica looking at old-school RPG gaming on his Samsung Q1UP UMPC (which he still calls a Tablet PC), getting down to the nitty-gritty: reviews of his actual gameplay experience.

In this installment, he profiles five games he’s played on his UMPC – Icewind Dale, Icewind Dale II, Planescape: Torment, Temple of Elemental Evil, and Europa Universalis III. There are ups and downs on each one, but for the most part, his experience has been very positive.

The above games are the ones that I’ve spent some playtime with, and I’m pretty pleased overall with how they’re working out (except for EUIII). Note that most of what I’ve said above about the Infinity Engine games will apply to Baldur’s Gate 1 and 2, both of which I’ve played in the past (I completed only BG1), and which I probably won’t add to the list because they’re second edition.

Anyone following Jon’s example and giving old-school games a go-round on their UMPCs? We’d love to hear from you.