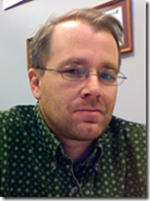 Bjorn, of UltraMobileLife.com, points out that contrary to what James Kendrick thinks, that slate UMPCs are not dead. As examples, he points to the Amtek T770, a second generation UMPC, as well as the Samsung Q1 Ultra. Why are we seeing more keyboards integrated in to UMPCs then?

What we are seeing in the marketplace are manufacturers who are quickly adapting their designs to the market’s desire. As a perfect example of this, take a look at the Q1 Ultra. I hate to disagree with my good friend, James, but that is a slate UMPC. It just has a keyboard integrated into its slate design. Is that a bad thing? No, it is a great thing. It shows that the manufacturers are listening and adapting, and that the consumer can still enjoy a slate design and take advantage of tactile-based keyboard. The slate UMPC is not dead – it is just adapting / evolving. As James correctly points out, the UMPC form factor is changing. If it were not doing that, we’d be in trouble. I think we need to get passed the idea that any keyboard integrated into slate style computer is a bad thing. If manufacturers can do it with an intelligent design, so be it. Let the market speak.

People want choice in how they use their computers. The fact that the market is adapting by largely keeping with a slate design and integrating a keyboard is a great thing, in my opinion. For example, I love using my OQO Model 02 in slate mode to take some handwritten notes or browse the web, but without that integrated thumb keyboard with a slide up screen, I wouldn’t have purchased it. I’ve got the best of all worlds. Along those lines, the large number of convertible UMPCs we are seeing enter the space is also a good thing, and is keeping in step with what we have seen playout in the Tablet PC space. No surprises there. In my opinion, the beauty of the UMPC is in its small form factor and its flexibility in use: touch, slate mode, keyboard ( slide-up, split, convertible), etc. Having a market of just slate based / keyboard-less UMPCs would be disastrous and spell failure.

The fact is people like keyboards, and I think UMPCs in large numbers will continue to sport some type of integrated keyboard on in to the future.  That is a good thing for the consumer and the technology space we all love. Bring on the innovative designs!