Video game developer Naughty Dog is gearing up for what promises to be a very busy late winter and spring. This week Sony revealed the Uncharted 4 beta release and shared more details about the multiplayer experience users can expect when they pick up their pre-ordered copies early next year.

Naughty Dog’s Robert Cogburn took to Sony’s PlayStation Blog to share details about the Uncharted 4 Beta release and the multiplayer activities users can expect to participate in when the game launches. Fully named, Uncharted 4: A Thief’s End, the adventure game is expected to be a huge release for the PS4. The game should have arrived on store shelves this year, but Sony and Naughty Dog pushed back the game’s release until next year. The official Uncharted 4 release date is March 18 2016.

The Uncharted 4 Beta release date is set for December 4th for gamers who purchased Uncharted: The Nathan Drake Collection.

Cogburn says that Uncharted 4’s multiplayer was heavily influenced by previous games in the series and The Last of Us, another enormously successful PlayStation 4 exclusive produced by the studio. 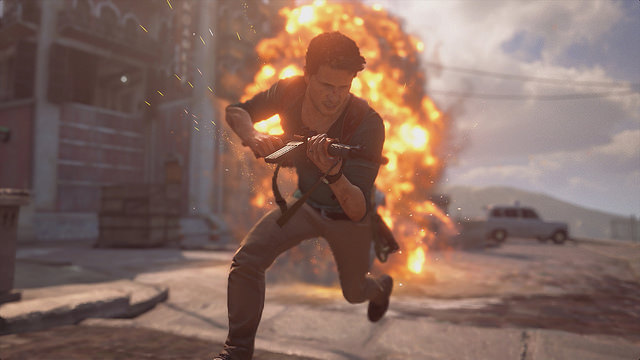 The most notable addition to Uncharted 4’s multiplayer is the Sidekick system. Gamers can actually call on a sidekick to help them fight their way through tough battles and multiplayer encounters. The Sidekicks are completely controlled by an intelligence built into the game, meaning users don’t have to back out and send their friends multiplayer invites to help bolster their team. It’s not unique to Uncharted 4, Titanfall and other games have used this idea before. Still, it’s brilliant within the context of Uncharted, which can get pretty hectic at times.

Joining Sidekicks are what Naughty Dog calls “Mysticals.” Mysticals grand Uncharted 4 players magical powers that they can use on their enemies. Smart players will choose the Mystical ability that best amplifies their place style or shore up their weaknesses.

Lastly, there’s a new gadget in the Uncharted 4 multiplayer: grappling hooks. To be clear, this isn’t the same grappling hook that we see in other games like Assassin’s Creed Syndicate or Batman Arkham Knight. Naughty Dog says that each multiplayer map that it makes available to Uncharted 4 players will have specific locations to use the grappling hook.

Naughty Dog may have talked in detail about the Uncharted 4 Beta release, but the studio isn’t ready to reveal what players can expect. We do know that the beta will last form December 4th to December 13th, just as last minute shoppers are gearing up to make their purchases. To prepare for the Uncharted 4 beta shoppers can pick up the Nathan Drake Collection 500GB PS4 Bundle that includes the game and costs $349.99 at Amazon.

Uncharted 4: A Thief’s End is expected to be one of the biggest launches on PS4 in 2016. The game’s title suggests that Nathan Drake, the protagonist of the series this far, could die in this adventure. Of course, the title could just be word play. Sam, long though tot have died, walks back into Drake’s life just as he’s settling into a normal life. This being Uncharted, the two set off on adventure to find a pirate colony whose location has been lost to time. Three years have past in between the beginning of Uncharted 4: A Thief’s End and the end of Uncharted 3: Drake’s Deception.