The iPad is an essential business tool in many professions, including pilots. United pilots use the iPad to keep 5,700 departures a day on time and on track.

The iPad has replaced a 45 pound flight bag, stuffed with manuals and charts, allowing pilots to streamline flight prep and cut down on the gear they carry. 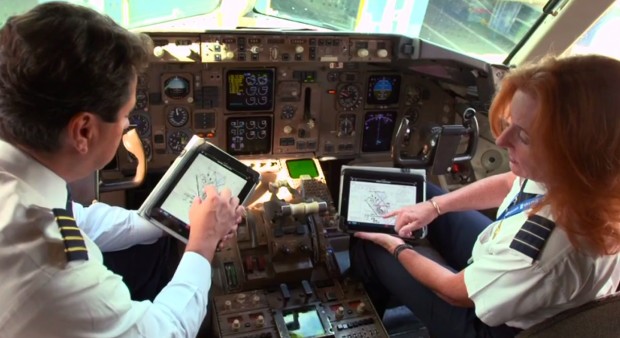 United Pilots use a content locker, eReader and the Jeppesen mobile flight deck app for flight prep an in-cockpit use. The iPad’s connectivity allows pilots to sync up when then arrive at the airport and check the weather.

United and Apple show off the iPad in the cockpit in the video below.

“Captains are only as good as the information they have in front of them.” says, Captain David Sambrano of United Airlines. This information impacts the decisions pilots make, in the air.

The flight bag shown below can weigh up to 45 pounds, adding weight to the flight and paper costs for printed manuals. United pilots are replacing the large bags with a 2 pound iPad, something that’s hard to ignore. Some airlines still require pilots to keep paper copies onboard, but Alaska Airlines and United seem to have moved past this requirement. 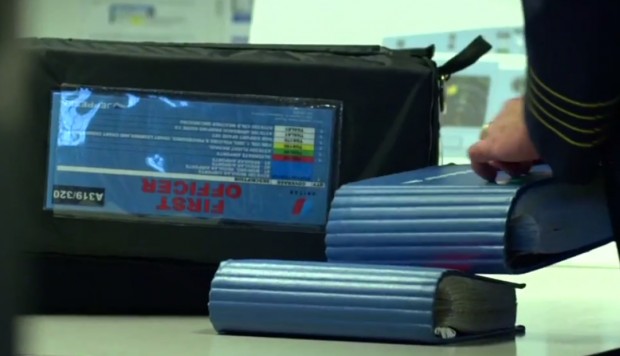 Pilots of small planes are also leading the way in iPad use in flight. Kevin Purcell caught up with a pilot who is using a $9.99 iPad app to plan flights, track weather and view airports. The pilot showed off a knee-strap iPad case, which is just one of the many iPad cases available for pilots.