The International Electrotechnical Commission, or IEC, has published specs for what could become a universal standard for a laptop charger if the PC industry adopts it. The outlined charging standard would work for a variety of different notebooks and could be interoperable between different makes or models of laptops, Ultrabooks, convertible PCs, and various form factors of mobile PC computing.

This means that consumers who travel to work and forgot their laptop charger could easily borrow a friend’s charger, regardless of what model laptops they each own. I can use a Dell notebook and use an HP charger, for example, when I am traveling. 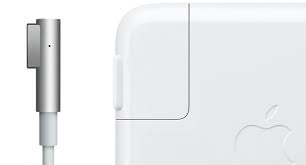 Another benefit that is being promoted by the IEC is that the universal charger would eliminate needless waste. Whenever a customer buys a new notebook or laptop, they cannot reuse their old chargers. While consumers may only use the one charger that comes shipped with their laptops, business customers may buy extra chargers for home, office, and traveling. When they upgrade systems, these extra chargers cannot be re-used on the new system and become electronic waste.

This argument had been used in the past by the smartphone industry when it standardized on the older mini USB standard for charging and synchronizing PDAs and handhelds, and later to the smaller micro USB protocol for more modern smartphones and other portable electronics.

According to the IEC, standardizing on a single charging protocol could eliminate up to half a million tons a year.

That said, some devices may require more specialized chargers because their manufacturers claim a better user experience with some charger designs. For example, with Microsoft’s Surface line of convertible tablets and Apple’s range of MacBook and MacBook Pro laptops, the chargers for those machines attach to the system via magnetic, rather than a traditional friction-based plug method on traditional machines. The benefit with using magnets is that if someone trips over the cord, the cord can unlatch itself easily and the machine won’t fly onto the floor. This would eliminate damage to the computer.

Likely, even with a universal charging standard for many notebooks, there will still be a few exceptions to the rule.