While Apple is still trying to keep up with demand for carrier-locked models of the new flagship iPhone 4S smartphone, the iOS-maker is also making SIM-unlocked models of said phone available for purchase in Europe. The same unlocked model, which would be distributed through Apple and its retail channels, including Apple retail stores, will be made available as well in the U.S. in November, according to the company’s website. 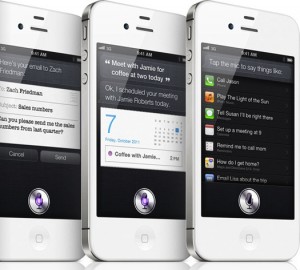 Pricing for the unlocked iPhone 4S varies by country, but they are in the range of about 600 EUR for the entry level 16 GB model–Apple also offers a 32 GB and 64 GB iPhone 4S model as well. That price is the equivalent of approximately $850, or $650 more expensive than the price of the iPhone 4S for those qualified for a new contract or upgrade through their U.S. carriers.

In the U.S. market where Apple is currently working with CDMA carriers Sprint and Verizon Wireless as well as GSM carrier AT&T, the SIM-unlocked iPhone 4S will be a mixed bag for those who travel a lot internationally. Users on CDMA carriers would have to go through their carriers for either a subsidized iPhone 4S or a non-subsidized model without a contract, and hope that their carrier–Sprint or Verizon–will provide them with a SIM unlock code to travel internationally or else when they travel, they’d be subject to high international roaming rates. The process is simpler for GSM where AT&T users can either buy a subsidized AT&T iPhone 4S or an iPhone 4S that’s been factory unlocked at a higher cost and simply slip in their AT&T micro SIM.

For its part, Sprint had issued a statement in the past stating that they will unlock their iPhone 4S for customers in good standing. With an unlocked phone, users can travel to their country of destination and insert a local SIM card there and be billed for local voice and data rates, rather than have to pay their home country’s charges, including roaming, which runs typically much higher.