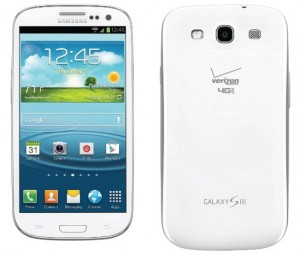 Having an unlocked bootloader presents a number of opportunities for the hacking and development communities, including but not limited to custom ROMs and modifying functionality on the phone that was not envisioned, imagined, or implemented by either Samsung or Verizon on the release of the handset. More importantly, rather than forcing developers to purchase a no-contract developer edition at full retail, now developers can sign a contract and pay for the consumer release of the Galaxy S III through Verizon and still have access to added functionality.

According to Droid-life, XDA-Developers forum member AdamOutler had posted files for Mac and Linux that would allow users to hack the Galaxy S III and apply an unsecured bootloader, giving users the same effect that the bootloader unlocked developer edition of the Galaxy S III.

Keep in mind, though, that as with rooting and hacking, performing any of the mentioned tasks to unlock your bootloader or load ann unsecured bootloader may void your warranty.

Warning: “Let me make this clear. If Samsung updates your device’s bootloaders, using this tool could potentially brick your device. Once you apply this, never accept a factory update without first flashing the Odin Packages in the Original Post of this thread. As a general rule, you want to be the last guy to apply any Samsung update. Run custom.”

For more details, you can visit XDA.