While U.S. customers can already begin importing the Xperia Z smartphone, Sony’s Xperia ZL may be a better fit for customers on AT&T’s and T-Mobile’s 4G LTE U.S. networks. The reason being is that the unlocked Xperia Z does not support LTE bands compatible with those operated by either U.S. carriers whereas the Xperia ZL should theoretically be compatible with AT&T’s LTE network, operating on bands 4 and 17, and T-Mobile’s LTE network on band 4. Additionally the Xperia ZL will be a pentaband GSM device so it will work on either carrier’s GSM, EDGE, and HSPA+ networks. 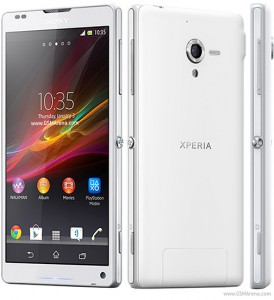 Because of compatible LTE connectivity options, the Xperia Blog is reporting that the Xperia ZL will be headed to the U.S. officially, and the Sony Store is now offering a sign up page for users to register their emails to get notifications about the handset.

This means that the Xperia ZL will offer one of the most robust connectivity options for U.S. customers. However, until carriers ink out roaming agreements for LTE, it’s unlikely that T-Mobile customers will be able to roam onto AT&T’s network, for example, where the former carrier lacks service and the latter offers it.

LTE speeds are preferred over general 4G HSPA+ speeds. AT&T claims that LTE delivers speeds up to ten times faster that of 3G and up to four times faster of traditional HSPA+ networks. T-Mobile has generally offered one of the fastest, most competitive HSPA+ experiences, and customers on T-Mobile will benefit from LTE’s faster upload speeds and lower latency for downloads.

The phone will come in black, red, or white colors.