Custom ROM developers to tap into Update Center to push out firmware updates to devices running custom ROMs, like the popular Cyanogenmod ROMs, for Android devices. This will give custom ROM developers the ability to keep user’s devices up to date without requiring users to flash their devices with new ROMs via a tethered process on the computer. 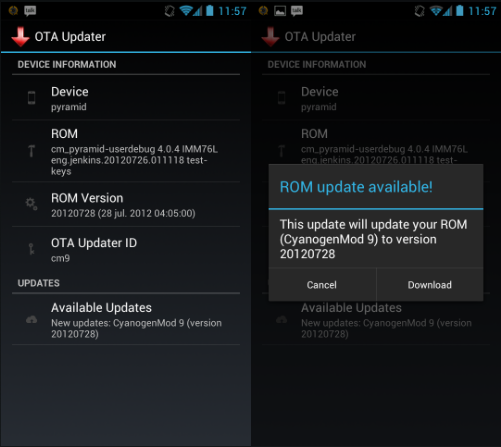 The service is free to developers and all developers need to do is add a few simple lines of code and the new ROM build will be hosted through the Update Center and is pushed to devices using Google’s services according to BGR. Developers no longer need to host the files on their own servers. Users will be notified when the new updated firmware will be available to download and install, much like how official Android updates are delivered by carriers.

According to the service, custom ROMs built on Android 2.2 Froyo to Android 4.1 Jelly Bean will be supported by Update Center.