Apple announced a new updated Mac Mini, making a joke at the ‘Mini’ reference as there has been plenty of speculations about an iPad Mini being announced at today’s announcement. The device is now updated to include dual- or quad-core Ivy Bridge i% or i7 processors alongside with Intel HD 4000 graphics. The device now comes with up to a 1 TB hard disk drive or 256 GB solid state drive along with 16 GB of RAM with starting price of $599. 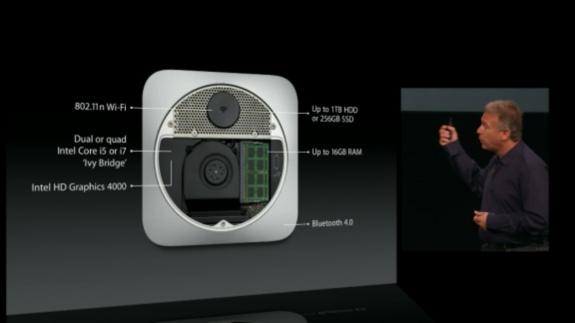