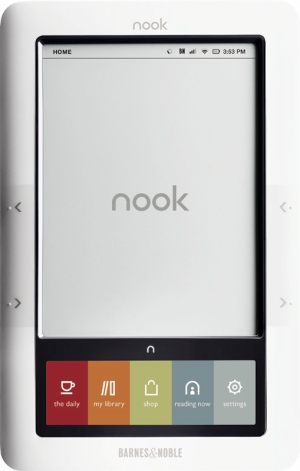 It looks things over at Barnes & Noble are picking up.  First, there was the announcement about the nook being carried at Best Buy.  Now, it looks like there is going to be some new nooks on the block.  According to an article over at Gizmodo, the nook 2 and a Wi-Fi only nook are due out sometime this year.  The current pricing on the Wi-Fi only version is $199. This kind of pricing could definitely get consumers who are on the fence about e-readers seriously considering a nook.  This would give other e-reader vendors (like Amazon and Alex) something to think about.

There is also mention of a new software update coming out this week for nook owners, version 1.4.  What’s new in the new update?  How about a browser?  Very cool.  I own a nook and will let everyone know what the new update is like and how the browser works.