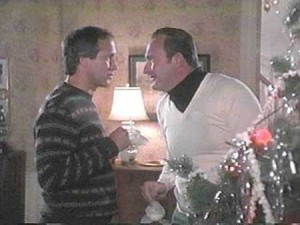 After posting this morning about my thoughts on Windows Phone 7, the first commenter, Todd, bemoaned the fact that AT&T and T-Mobile will be the first Windows Phone 7 carriers. First, Todd, we’ll see Windows Phone 7 on Verizon and Sprint next year. But more to the point of this post, we here in the US are stuck with the carriers and the ways they operate in much the same way we get stuck with our in-laws when we choose to marry someone.  It’s just a fact of life that probably isn’t going to change in my life time. Actually, I think it is easier to get a divorce than it would be to find a different carrier solution.

If ever there was a chance to change how the carriers operate I think we’ve unfortunately missed that window. Apple’s iPhone opened that window with all the woes that users experienced on the pitiful excuse of what AT&T calls its network. The scrutiny and the problems quickly became a national (and international) joke. Yet somehow, AT&T managed to not only continue to do what it does (doesn’t) and in fact found new ways to frustrate consumers while it has been caught in the spotlight like a convict escaping from prison. Once AT&T’s exclusivity of the iPhone ends (perhaps early next year), that spotlight will diminish, and the pressure for change will ease somewhat. Although I expect all those dreaming of a Verizon iPhone will have some issues when that finally occurs as well. Sure, if an iPhone on Verizon ever materializes there will be those who change, but that isn’t going to change how the carriers do business. There’s no upside for them to do so as long as we keep buying their products and services. And we will continue to do so.

AT&T isn’t the only culprit here. All four carriers have issues of one sort or the other, and depending on where you live, those issues can be severe or just an annoyance. The bottom line is that this isn’t going to change, and regardless of what innovation happens on the mobile hardware front, the gadget goodies that get unwrapped on Christmas morning will have some of the sheen taken off by those pesky in-laws when they arrive to spoil yet another Christmas. The carriers rely on most of their customers being like Chevy Chase in National Lampoon’s Christmas Vacation than they would care to admit.