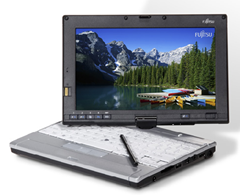 James Kendrick over at jkOnTheRun has been posting his experiences on his new Fujitsu P1620. As a P1610 owner, I’ve been interested to read about the similarities and differences in the platforms. James ran into a problem on the P1620 with the touch screen going dead and unresponsive. After realizing that the P1620 uses a USB touch screen digitizer, he went into the device properties and disabled “Allow the computer to turn off this device to save power.” As he rightly acknowledges, there is no reason why the touch screen should ever be allowed to turn off. That’s just silly. Uncheck the box, and voila – problem solved. Read James’ post for the full details.

I have run into this same problem with other USB based devices in systems, so if you have a feature that seems to die intermittently, check to see if it has this setting in the device properties in Device Manager.