How to Use AirPlay with the iPhone and iPad

AirPlay revolutionized how Apple users present graphics, slide shows and watch video. The feature in iOS works with an iPhone, iPod Touch or iPad connected to the same Wi-Fi network as an Apple TV.

AirPlay also works with newer Macs. Using third-party software, older Macs can stream their screens to an Apple TV. One utility lets users send content from an iOS device to a Mac.

How to Set AirPlay Devices Up

Connect the Apple TV to a wired network for best results. Plug in an Ethernet cable and the Apple TV will detect the network. Open the Movies or TV Programs app to see if the Apple TV connects to iTunes and shows video ready to buy or rent. 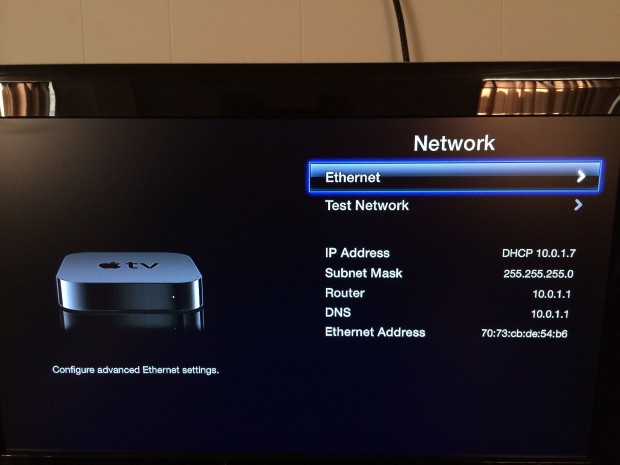 Connect to Wi-Fi by opening Settings and choosing General and Network. Choose Wi-Fi and let it search for available networks. Enter the password and it should work. 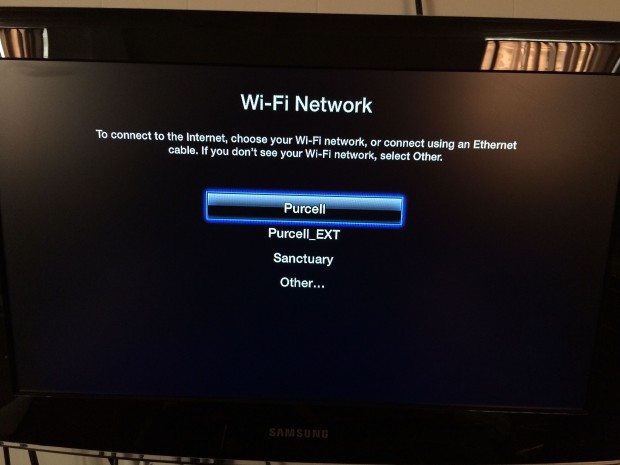 Next connect to an iTunes account from Settings. Use the Menu button to back out to the main Settings screen. Find iTunes Store and select it. Sign into iTunes using email and password. Entering passwords with the little Apple remote is monotonous. That’s why connecting a Bluetooth keyboard to an Apple TV makes things easier. 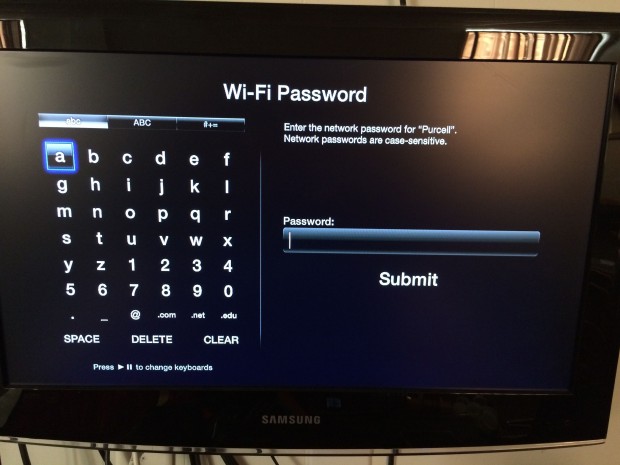 If things work, then move to the next step on the Mac or iOS device. For users who want to send video or audio to their Mac, connect the computer to the same local network using a wired connection or Wi-Fi with the built-in networking features, then skip to the last section.

How to Use AirPlay on iPad or iPhone

We’re assuming the user updated to iOS 7 in this guide, but AirPlay works with iOS 4.3 or later. Set up will look different. 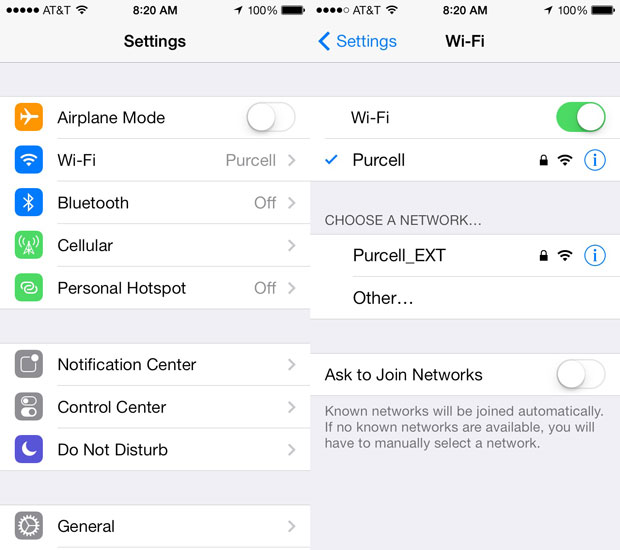 Open Control Center by sliding up from the bottom of the iOS device display. Look for the AirPlay button in Control Center. Tap it and a list of devices that can display content from the iPad or iPhone will show up. The first thing on the list is the iPad or iPhone you’re using. The available Apple TVs or Macs will show up below that. Tap the one you want to use and then choose to either Mirror the display or not. 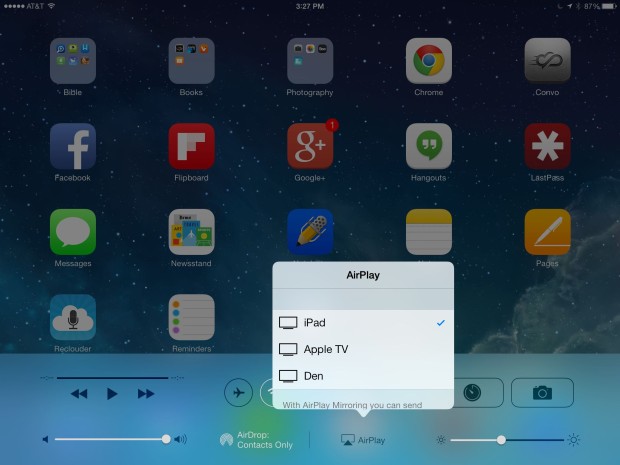 Mirroring the display shows the iPad or iPhone’s display on the Apple TV, including all the app icons and the app interfaces that you open. Don’t mirror if you want to just play music, show video, a slide show or a presentation.

When finished tap on the screen outside the pop-up and then slide the Control Center back out of the way by sliding down from the top of the Control Center. Launch an app that uses mirroring to display content on an Apple TV. Some apps that do this include the following:

Even though Apple TV includes Netflix, using AirPlay lets users show their Netflix account on a friend’s Apple TV without the friend logging out of his or her account on the Apple TV. Considering how annoying it is to enter email and passwords on an Apple TV, this makes sense.

Remember that an Apple TV connected to a Stereo system works great for playing music from the Music app or other music services like the new Google Play Music app. Also, the Apple Remote app lets a user turn the iOS Device into a remote making entering text much easier.

Using a Mac for AirPlay 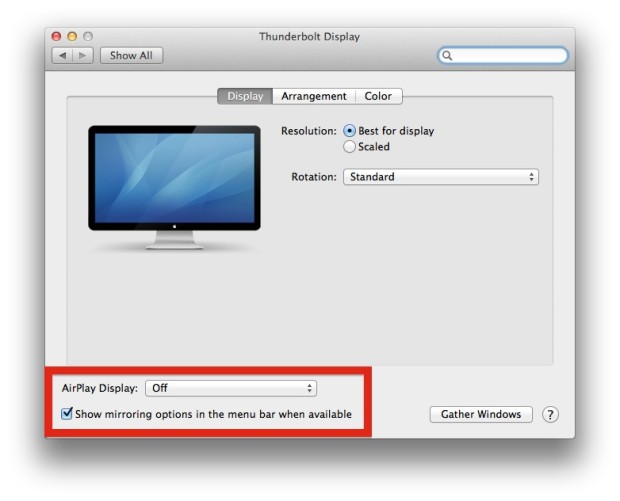 Not all Macs work with AirPlay. My 2010 MacBook Air doesn’t, but my 2012 MacBook Pro does. Check this list to see if yours works or test it in the Settings app on the Mac. Choose Displays and look for “Show mirroring options in the menu bar when available” at the bottom. If it’s there, your Mac works. The setting puts the AirPlay button on the menubar as seen below.

Close the Displays window and click the AirPlay button and the Apple TV we set up before will show up, assuming this Mac connects to the same Wi-Fi or wired network as the Apple TV. If not, then connect using the Wi-Fi icon in the menu bar. Choose the same Wi-Fi network and sign in. 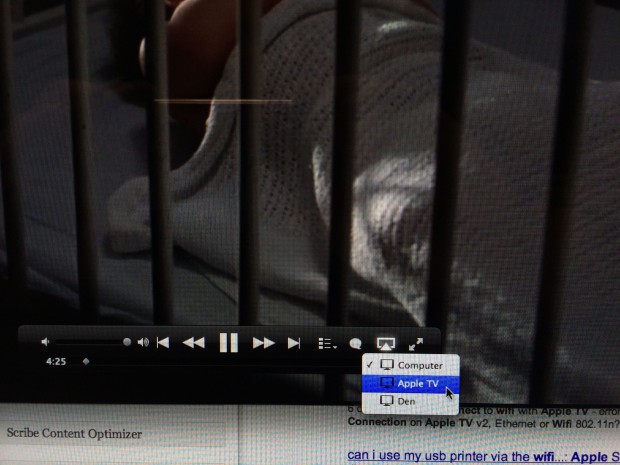 From iTunes, start playing a video or music and it will stream to the Apple TV. If it doesn’t, then start the video or audio. Select the AirPlay icon that shows up on the control box, which will show up when a user moves the mouse over the iTunes play screen as seen above. Click the AirPlay button and choose the Apple TV.

Third-party Apps for AirPlay on Macs

For those running a Mac that doesn’t support AirPlay, get the simple $10 utility called AirParrot which lets users with older Macs stream their screen to an Apple TV. 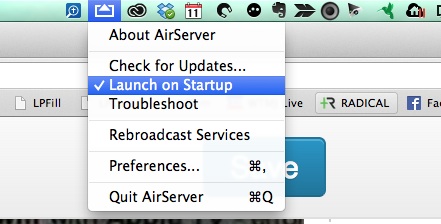 AirServer or Reflector turns a Mac into an AirPlay receiver for people who want to stream the contents of their iOS device to a Mac like it’s an Apple TV. Teachers can use the iPad in their class streaming the content to the classroom computer hooked up to a projector. People who make videos of apps on an iPad or iPhone can use this along with screen recording software on the Mac.

These utilities install on the Mac and an iPad or iPhone sees the Mac as an AirPlay recipient device. Reflector costs $13 and AirServer costs $15. They work on Windows and Mac computers.