Until Samsung announced the Galaxy Gear this week, smartwatches weren’t even on my radar. Being a Windows Phone user means you’re left out of the loop on a lot of things. Chief among those are accessories. There simply aren’t that many of them to choose from, and the ones that do exist don’t offer anything near the level of interoperability that accessories designed for iPhone and Android devices do.

Now that Samsung’s put smartwatches on my radar I’m inclined to ask, why should users care?

To be fair, that’s a question that I keep asking about the entire wearables category. That includes things like Google Glass and the Pebble.  After thinking about it for the better part of a week, I don’t think they should. At least they shouldn’t for now.

For starters smartwatches are incredibly expensive, and I’m not just talking about the Samsung Galaxy Gear. So far, Sony’s SmartWatch2 and the Pebble both cost more than the average smartphone on a two-year contract. I’m not ignorant to the realities of the mobile communications space. I know that users – at least in the United States – pay at least $2,000 over the term of a typical contract and that’s why AT&T and other’s discount their devices so heavily. However, many users are ignorant of that –- and rightfully so, why should ordinary people who aren’t obsessed with the latest and greatest be comfortable with paying a lot more now instead of spreading their costs over time? 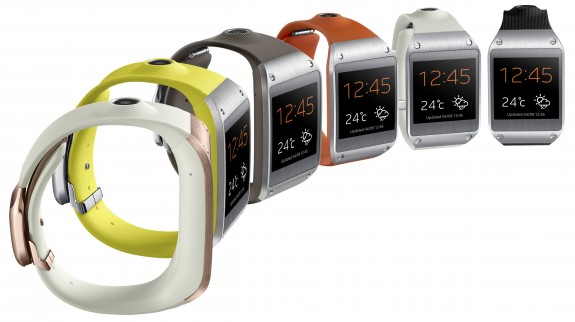 Regardless of the reasons for it, all of this means that users will perceive the price of smartwatches as comparable to the cost of a high-end smartphones. Which would be fine, if the things being peddled as smartwatches actually were smartwatches. Many of these devices aren’t, in the strictness definition of the term.

Instead of being devices that can effectively replace smartphones, many of them, the Samsung Galaxy Gear and Sony SmartWatch2 included, connect to the user’s phone through Bluetooth technology. They don’t have their own mobile data connection outside of Wi-Fi. They can’t be assigned mobile phone numbers. Really they’re just second screens, expensive companion devices that do nothing more than what their host smartphones do. Users certainly don’t gain $299 worth of ‘smart’ capabilities with the Galaxy Gear that isn’t duplicated in the Galaxy Note 3 or Galaxy S4.

The above Samsung video gives a quick overview of the Galaxy Gear.

For many, using their watch as glorified microphone isn’t compelling. Neither is relying on a pretty opaque process for acquiring and approving applications.

Right now, creating a smartwatch that can act on its own accord would be difficult. Innovations in battery technology and wireless receivers would have to all come together just right. That takes time, and with Apple expected to announce a smartwatch of its own at some point, time isn’t something Samsung and Sony have a lot of.

However, for the idea of the masses sporting current smartwatch offerings is a distant dream. The ‘real smartwatch’ product category is ripe for Apple to research and then pounce on and make sense of it all.