Using the Camera in Windows 8

One of the things Microsoft took out of hardware makers hands with Windows 8, its operating system for laptops, tablets and desktops, was Camera. In doing so, the company might have created a bit of confusion earlier on, but the results speak for themselves. It’s now easier than ever to take a selfie or snap a quick picture with a Windows 8 device with a web cam. Here’s how.

Getting To Camera The Camera App From The Start Screen

Until Windows 8, Windows-based laptops and desktops never had a Microsoft-made photo experience. Instead, users relied on a mix of third-party apps that hardware makers like Dell and Lenovo partnered with software companies to install on devices they sold. 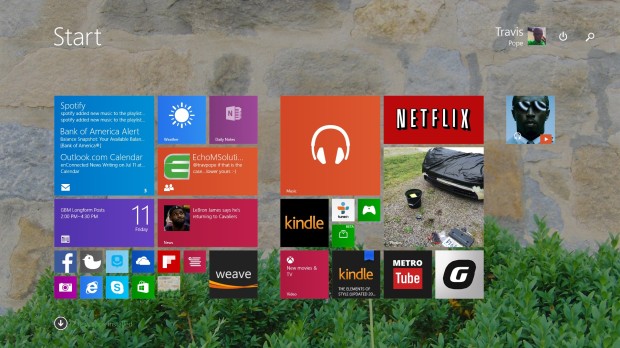 Most Windows device makers include the Camera app in the list of pre-installed apps. Look for it in the Start Screen and it’s likely you’ll find it pinned somewhere. It’s the flat purple Live Tile with a white camera on it seen in our example in the bottom-left corner. 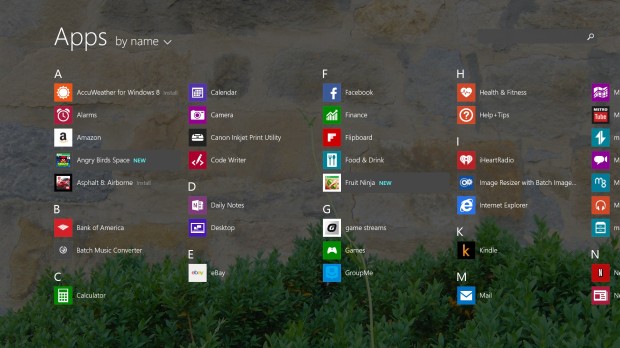 Often times, the Camera app isn’t pinned to the Start Screen at all. Relax, that doesn’t mean it’s not still installed on your machine. If you’re a tablet or desktop user, click on the arrow in the bottom left corner to open the list of apps installed on your machine. Tablet users should place their finger anywhere on the Start Screen and swipe up, and look for the Camera app in the list of installed apps.

From the Lock Screen

In the free Windows 8.1 update Microsoft added the ability for Windows 8 tablets to open the Camera app from the Windows 8 lock screen without having to unlocking their device. To do so, power on your Windows 8 tablet, place your finger anywhere on the Start Screen and swipe downward instead of upward.

Once you’ve opened the Windows 8 camera app it’s time to start recording your life with it.

Opening the app immediately activates your device’s camera. There’s no actual shutter button on the screen. Instead, touch users can tap their screens to take a picture. 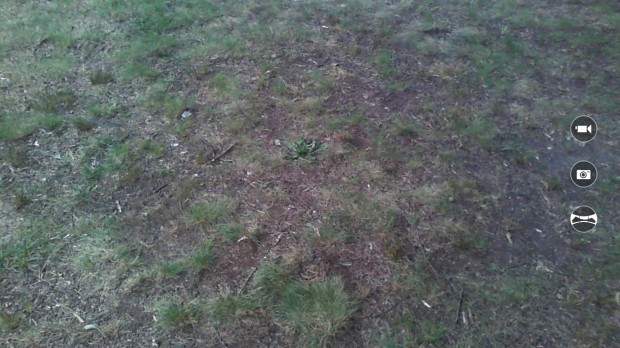 Switching between capturing video or pictures is as simple as tapping on one of the two buttons in the top-right corner of your screen.

There’s not much that users can do to change their device’s settings for a better picture. In fact, changing the Exposure is about the only thing that most users with Windows 8 devices can do to make their pictures look better before they’re taken. Tablet users should place their finger on the bottom edge of their screen and swipe up to reveal the button for adjusting exposure. Mouse and keyboard users can simply right-click anywhere. To see this option. There’s also a timer there if you want to pose before the Camera app captures a shot.

Once you’ve taken some decent photos, you’ll want to look at them. That’s where the Camera app’s Camera Roll comes in.

On tablets and devices with touch, placing your finger anywhere and swiping to the right will bring up previously taken photographs. Mouse and keyboard users should look for an arrow on the left edge of their screen to take them to past pictures taken with the Camera app. 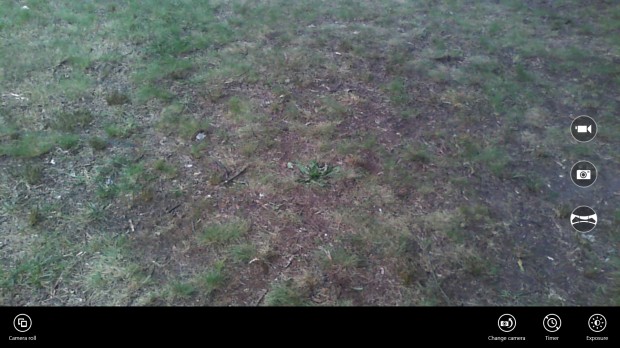 The Camera app for Windows 8 isn’t just more convenient and easier to use than third-party utilities. It also includes some light editing tools that users who don’t have any other editing tools will find very useful.

After you’ve taken a picture browse to it in the Camera Roll. Touch users should place their finger on the bottom edge of the screen and then slowly slide their finger up to reveal another App Bar like the one before. Laptop and desktop users should simply right-click on pictures they’ve already taken to reveal this app bar. 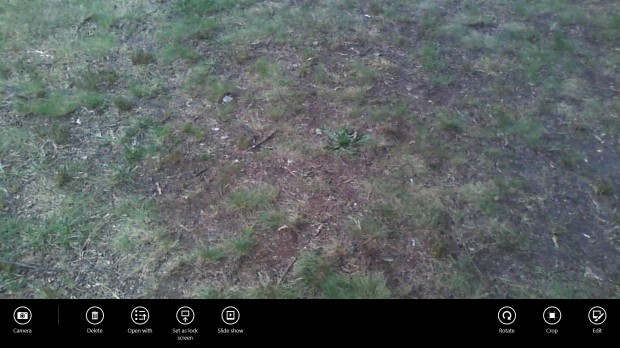 Basic options for adding effects, rotating, cropping and getting rid of red eyes are included in the photo app. The app also includes two add-on effects: Vignette and a selective focus tool that allows users to blur everything around a given subject in their photos for some added artistic value. Users can also set a picture they’ve just taken as their lock screen background from here. Sadly, setting a picture as the Desktop or Start Screen background still requires users to dive back into the Desktop interface that previously dominated Windows. 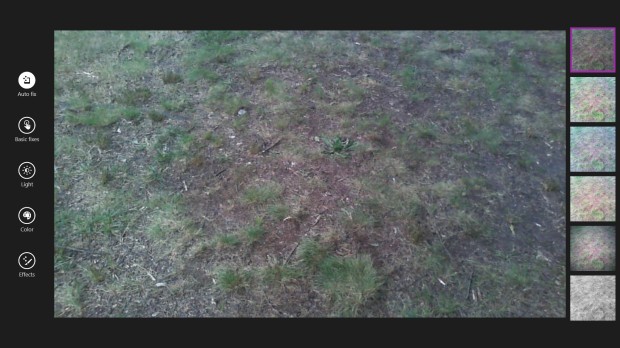 If you’re an average user, the Camera app in Windows 8 is probably all that you’ll need to get started taking and editing photos. It’s not a complete replacement for editing software like Photoshop Express, but it’ll let you perform basic edits and capture photos just fine.