Using The Galaxy Player 3.6 As A Bluetooth Handset

Samsung packed a lot of extra little features into their new Galaxy Players in an attempt to make them ultra versatile. Some of these features are quirky, but I can see being useful — such as the ability to use the Player as a viewfinder for a point-and-shoot camera. Others are interesting, but I’m not sure they’re practical.

That’s where the Bluetooth handset feature falls, in my view. Samsung gave the Player 3.6 and Player 4.2 the ability to connect with phones via Bluetooth and answer calls, similar to an earbud.

(Related: How To Use The Galaxy Player as a Phone)

The company offered up several scenarios where this might be useful. Say your phone is charging but a call comes in that you want to take. Use the Galaxy Player, instead. Or if you’re a kid with a crappy flip phone, you can answer calls with this, instead, and pretend like you have a smartphone.

I’m not entirely sold on either of these, but I decided to test the functionality. 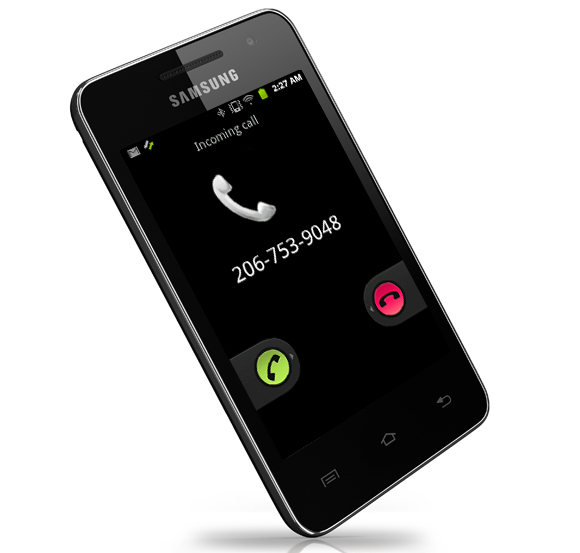 Pairing the Galaxy Player to a smartphone is just as easy as pairing a Bluetooth headset. Simply turn on Bluetooth on both devices, make the Player discoverable, and scan with the phone. Once the devices recognized each other and paired, the Player showed up as connected to phone audio. 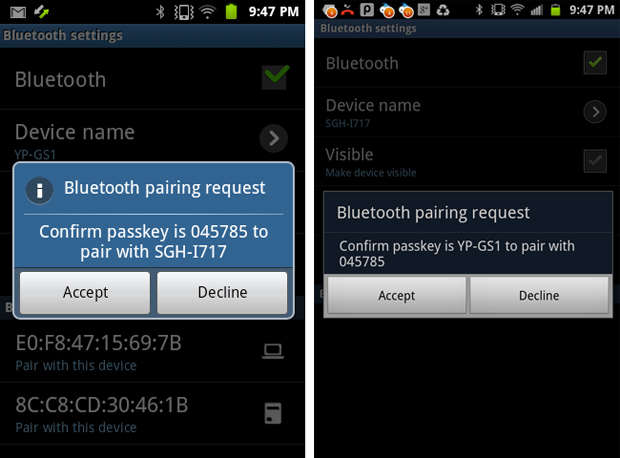 When I received a call on my smartphone, the Galaxy Player rang as well. The screen looks just like the incoming call screen on a Galaxy S phone and I had to option to answer or decline.

When initiating a call from the phone, the Galaxy Player will automatically activate, just like a Bluetooth headset.

Using the Galaxy Player to take a call feels just like a phone thanks to the placement of the speaker/earpiece and mic.

Audio came through clear and strong when the Player and smartphone were close together. I didn’t experience any noticeable drop in call quality in any of the three phones I tested.

However, the two devices do need to be close to each other. I moved between 15 and 20 feet away from the smartphone with the Player and the quality on both ends degraded into spotty, scratchy audio. For the best results both devices need to be in the same room for the most part.

It’s worth noting here that this process only works if the smartphone in question has Bluetooth 3.0. This version of the wireless connection uses less power, so theoretically it won’t be a tax on either battery to leave the connection active. I had the Player paired with a Galaxy Note for about half a day and didn’t see a major increase in battery drain.

Owners can’t use the Galaxy Player to initiate phone calls. It will only activate when a call comes in or you dial from your phone.

There’s no number pad in the call app, so you can’t use it when navigating a phone tree. This is frustrating for me since I screen calls with Google Voice, so I need a access to the keys.

As I said, this idea is interesting, though I don’t know how many real world scenarios there are for it. I’m actually interested in hearing whether you, dear readers, think you’d use this functionality.

It’s easy enough to set up and use and calls sound pretty good. So, if you had a Galaxy Player, would you use it as a Bluetooth handset?