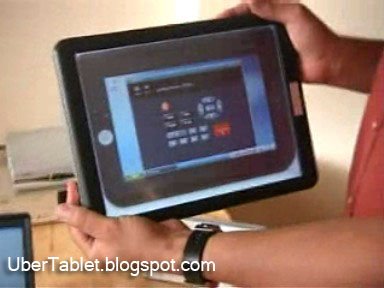 Hugo Ortega has produced a very nice video where he demos Superna, a ip home automation system. In the video, he controls aspects of the home via the a Sahara Touch PC running the UMPC emulator. Very cool! Videos like this really start to show the functional ability of the UMPC.

I love the way Hugo flips his Sahara around – pretty brave, there, Hugo. I don’t think I’ll be trying that in my next video, though.

Superna is the brainchild of Arik Vardi (one of the 4 who set up ICQ) and his brother Oded. They’ve put together an exquisite software package that enables the most flexible form of home automation I’ve ever experienced. When coupled with the Superna Controller (hardware that makes the cogs turn) it is an outstanding example of things to come.