When Apple iPad users needs rugged cases because they work or play in demanding environments, they usually think of Otterbox or Lifeproof, but they should take a look at the UZBL Shockwave Rugged Case for iPad. The case competes with both on price and features, but includes some of the drawbacks too.

We like the UZBL Shockwave Rugged Case (for iPad 2s, new iPads and iPad with Retina Displays) at $59 on Amazon. Protecting an iPad in many extreme environments will need a case that holds up to the rigors of their demands. This case should hold up. 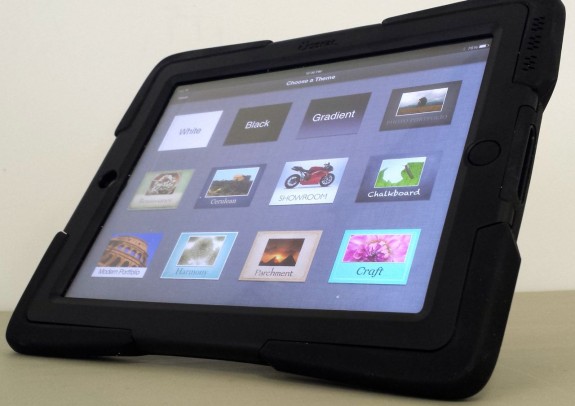 The UZBL Shockwave Rugged Case includes a multi-layer design with a hard shell and a softer silicon shell. It includes impact absorption and covers many of the buttons to keep them safe, including the power button on top, the front home button and the two volume rockers on the right side. Users can use these without trouble, except for the power button. It’s a struggle to press sometimes. Also, the switch used to either mute or lock rotation sits recessed so far that we couldn’t flip it, even with a pinky. It takes long fingernails or tiny fingers to get inside the hole. 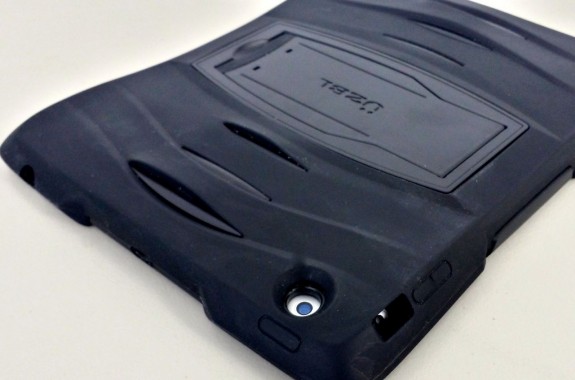 The Shockwave comes with a built-in screen protector. These kinds of protectors sit millimeters above the screen, which makes it hard to use the touch screen. The Shockwave makes this easier than most Otterbox or Lifeproof cases we’ve tried. It’s hardest to touch in the four corners and along the edge while swiping the notification screen down. iOS 7 users will struggle to swipe open the control panel from the bottom when it ships next month.

We struggled to install the case. It comes with no directions, so we guessed how to get it open before installing it on our iPad. This wasn’t easy. Put the silicon inner lining on, the easiest step. Pressing the hard plastic outer layer over the soft silicone inner layer took many attempts.

Four parts grab the four edges of the soft silicone inner lining. The two parts along the shorter edges and one of the parts along the longer edges go on easy. When we pressed on the fourth part, the other side opposite that edge popped off. Press that one back on the other side pops off. This happened over and over until we used a lot of force to make it fit. It still popped off after regular use. 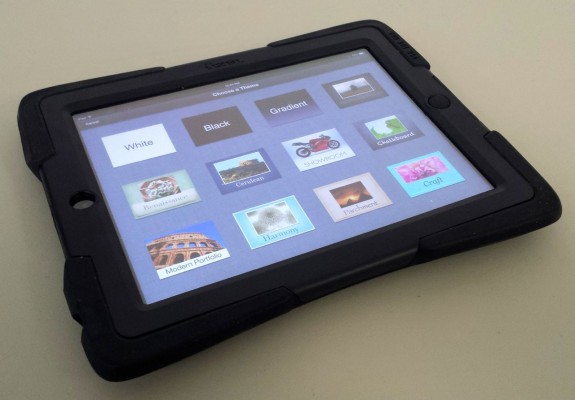 Even though it’s hard to get it installed, we like this case better than the Otterbox and Lifeproof cases we’ve used. However, those cases offer more extreme protection at a higher price. The UZBL case doesn’t cover the power port and headphone port, which we like. Some users can’t use such a case because they work in either wet or dusty and dirty environments. Debris or water might get into the case through those openings. The UZBL also doesn’t come with a hard plastic screen cover like some Otterbox cases. 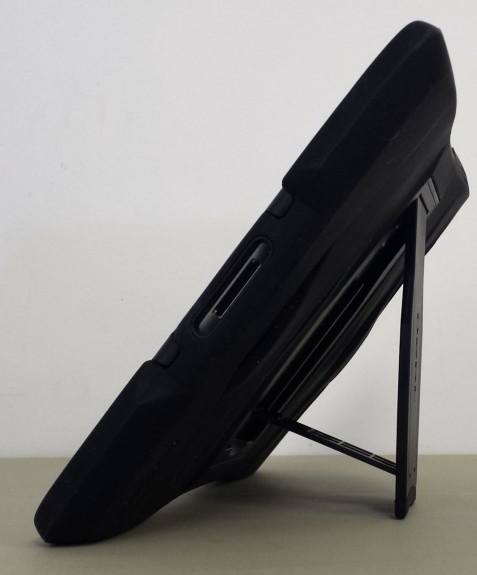 If the above features don’t matter to users, the UZBL will save them some money and work well once they get it installed. We really like the kickstand that users can also replace with a hand strap available from UZBL.