After initially saying that the original Galaxy S and Galaxy Tab 7 would not be given an upgrade path to Android 4.0 Ice Cream Sandwich, Samsung had subsequently backtracked on its comments and said that it was still evaluating the possibility. Now, despite Samsung’s efforts, it seems that the company’s first generation flagship smartphone and tablet duo would not be given an official ROM to Android 4. Instead, the latest speculation has it that Samsung would offer a Value Pack upgrade rather than an official full upgrade. 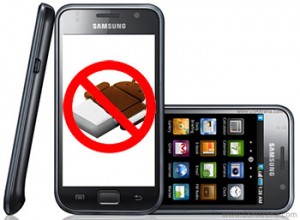 The Value Pack would bring certain elements of Android 4.0 Ice Cream Sandwich to the Gingerbread build that the Galaxy S and Tab would run on. The upgrade would deliver a better overall user experience to the devices, improving web browser, multitasking, and adding new widgets to the mix. It’s unclear if any of the native built-in apps would also be getting upgraded as well.

The controversy lies in the fact that Samsung may not want to offer Ice Cream Sandwich to the original first-generation smartphone and tablet because Android 4.0 coupled with the company’s custom TouchWiz UI would bog down the system and may not offer a satisfactory user experience. The problem with this is that developers have been able to port the native Ice Cream Sandwich ROM without any customizations to these devices and the performance was good, suggesting that TouchWiz may be the culprit. That said, many are hoping that Samsung would opt instead to release an optional upgrade to the devices without TouchWiz.