Verizon 4G LTE Down Across the Nation (February 2012)

After December of 4G LTE outages, Verizon’s 4G LTE network was looking pretty good through the start of 2012, but as we close out February the 4G LTE network has gone down for users across the U.S.

The main complaint we are hearing is that 4G LTE is down, but users with 4G LTE phones are also reporting that 3G is not working either.

Several devices here in Ohio are unable to connect to 4G LTE on Verizon, and my Galaxy Nexus cannot connect to 3G for data. I can still make voice calls and send text messages.My iPhone, in the same room still has a 3G connection and is able to surf the web and make phone calls. 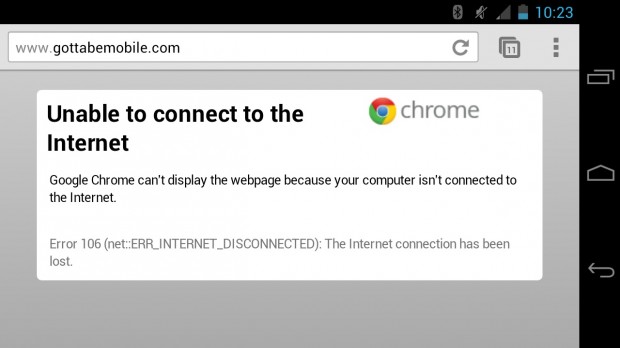 Verizon 4G LTE is down across the U.S. including on the Galaxy Nexus.

We’ve heard of outages in several locations, though Xavier Lanier in San Francisco reports that 4G LTE is still up.

In New York City, K.T. Bradford reports that 4G LTE is down for her as well.

Verizon has issued an update on Twitter, confirming the 4G LTE outage in areas, but disputing the 3G problems. 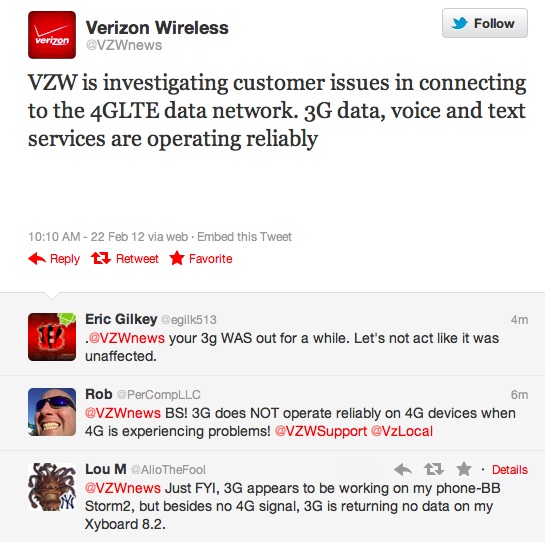 As I am experiencing, 3G only phones like the iPhone are still connected, so there is not really a problem with the 3G network, but as usual, 4G LTE phones on Verizon are not falling back to 3G, and are instead leaving users without any data connection.

If you have a 4G LTE phone, you can try turning off 4G LTE in the settings to force a connection to 3G, but even this has not helped my Nexus connect to the Internet this morning.

Are you able to connect to Verizon’s 4G LTE network? Let us know where the network is down in the comments below.