Verizon Wireless recently confirmed that some major cities were experiencing slowdowns and sub-par network performance across the US due to the overwhelming demand and popularity of devices, and today a fix is finally starting to roll out.

Being one of the best and most popular providers has its downside, and as a result Verizon needed to beef up coverage and capacity in major areas such as San Francisco, New York, and many other regions. According to GigaOM, today Verizon Wireless quietly rolled out massive expansions throughout the US, and more are coming soon. 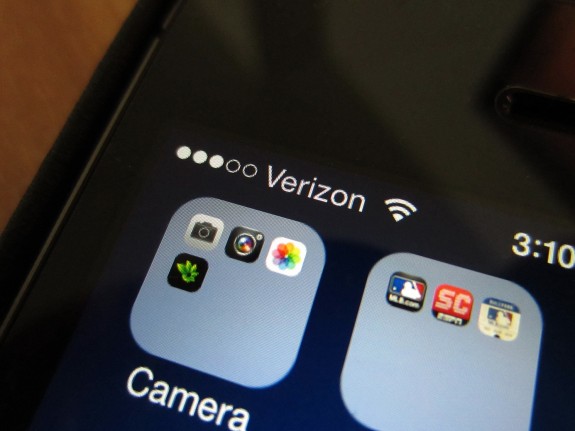 Verizon’s CFO acknowledged the fact that the network performance has dipped in the past months, and a huge project to overhaul and expand leading markets is finally under way. GigaOM reports that Verizon has very quietly tripled LTE capacity in a few cities, with most doubling down, and other less affected areas seeing a 150% boost.

Verizon 4G networks have expanded to 40 MHz in many regions, where previously everything ran on a 20 MHz spectrum. This is in part due to a spectrum grab and purchasing spree by Verizon Wireless as of late, not to mention upgrading thousands and thousands of sites across the US. The changes will see 4G LTE speeds being more reliable and extremely fast, with some users reaching consistent speeds of 80 Mbps.

Places including Atlanta, Boston, Chicago, New York, Seattle and Washington, D.C. have tripled, and other regions like San Francisco and LA have seen capacities doubled. The report states that Verizon claims to have “already completed the upgrade on thousands of cell sites, and by year end it will have 5,000 AWS sites online with an additional 5,000 sites in various stages of completion.” Every major city east of the Mississippi received overhauls, and more are coming soon.

We’ll be sure to test out some of these improvements in SF and other regions, and report back with our findings. It looks like the battle for the fastest and most reliable 4G LTE network isn’t slowing down anytime soon.