Like the RAZR M of last year, the Droid Mini sports a 4.3-inch display with very little bezel and will sell for just $99 on a two-year contract. The phone has a new, less angular design with the familiar Kevlar back and a higher-resolution 720p display that solves one of the biggest problems with its predecessor.

The Droid Mini will use the same Motorola X8 system on a chip as the larger Droid Ultra and Droid MAXX, which promises a faster processor, better graphics performance and increased memory. The system also promises longer battery life, though it’s doubtful that Droid Mini users will see the same 24 or 48 hours of battery life as those who opt for the larger phones. 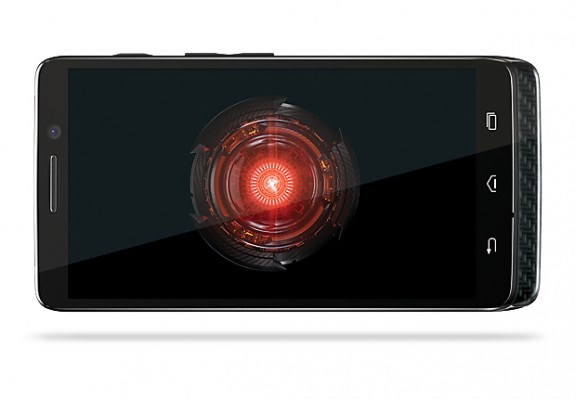 Verizon’s new Droid Mini also includes many of the same software features as the larger models. The new Touchless Control feature lets users answer phone calls, ask for directions or search Google without ever touching their phone. The feature relies on gestures and voice commands, similar to rumored features of the Moto X.

The phone also includes the Active Display feature which lights up part of the display to show notifications. Because the phone uses an LCD display instead of the OLED display found in the larger models, it will look slightly different on the Droid Mini. The feature should work the same, but it may eat a bit more battery than it will on the larger Droid Ultra and Droid MAXX.

Also included is the new Droid Zap feature, which lets users quickly share photos, video and other data with any other user within 300 feet of them. The feature sounds similar to Apple’s AirDrop that will come to the iPhone as part of iOS 7. Droid Zap will likely only work with other Droid Mini, Droid Ultra and Droid MAXX users.

The Verizon Droid Mini will come to the network on August 20 for $99 on a two-year contract. Pre-orders for the phone start today.