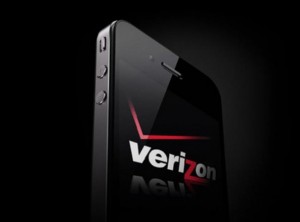 The carrier came out and defended adoption of the CDMA iPhone 4 for its network. In the past, a few analysts have speculated that the iPhone 4 may not have sold as well on Verizon as the carrier and Apple had hoped, but according to Verizon, those analysts may have only looked at retail store sales figures. That, would paint an inaccurate picture as the carrier says that over 60% of iPhone 4 sales were done online, though the carrier isn’t releasing any sales figure yet. The carrier said that it had intentionally staggered sales of the iPhone 4–offering the devices first to current customers online a week prior to the official launch–to make the purchase smoother for customers and to avoid long lines that were experienced with the GSM AT&T iPhone 4 launch this past summer.

The CEO did not reveal which Apple products are coming, nor the time frame for a release of an Apple 4G LTE product(s), but his remarks highlight the growing partnership between the iPhone- and iPad-maker and the carrier. “You’ll see more coming from Apple on LTE,” he said. “They understand the value proposition of LTE and I feel very confident that they are going to be a part of it.”

A natural extension for 4G LTE Apple products would be a next-generation iPhone and iPad that supports Verizon’s emerging network. The evolution would be natural as LTE will also be adopted by rival GSM carrier AT&T in the U.S. as well and both carriers now offer iPhone 4s for their 3G networks respectively. With the iPad, however, Verizon doesn’t have a native solution yet and is offering the iPad with mobile broadband access via a bundle with the company’s Novatel MiFi solution, which is a mobile broadband router that allows access to the iPad through WiFi. It’s unclear though whether Apple and Verizon will be integrating mobile broadband in laptops and notebooks, like the MacBook Air, moving forward, but that could be an area where 4G LTE mobile broadband access can be useful to consumers.

Despite a strong Apple partnership, it appears that Verizon is still being diplomatic in stating that it will continue to grow its smartphone ecosystem by supporting other platforms, like BlackBerry, Windows Phone 7, and Android. In an about-face, the carrier seems more welcoming to Nokia and Windows Phone 7 now than its previous statements at MWC. The carrier is now saying, “When you think about the capabilities of those two companies, we are very interested.” It says that it is waiting on Nokia on how to proceed.

Around the time of Mobile World Congress, Nokia shocked long-time supporters of its Symbian platform by announcing a new direction. The phone-maker will now utilize Microsoft’s Windows Phone 7 OS on its devices moving forward in an aggressive push in the smartphone market and to break into the U.S. market.