Readers report that orders placed well after the pre-order are now shipping for delivery this week. This is great news for buyers who waited up until the early hours of the morning only to find out that their iPhone 6 Plus pre-orders would not ship until October.

Read: How to Find an iPhone 6 Plus in Stock

We’re hearing good news for Verizon and AT&T iPhone 6 plus orders, but many users are still disappointed with the T-Mobile iPhone 6 Plus order process and shipping times.

Gotta Be Mobile reader Ken W. shared news that his 64GB space gray iPhone 6 Plus ordered from Verizon on September 19th shipped this week for delivery on Friday, a week early. 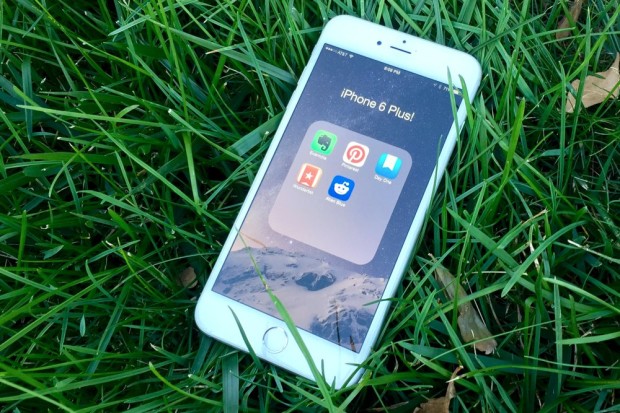 A member of the Gotta Be Mobile team placed an order for the Verizon iPhone 6 recently and it shipped early as well. Ship times vary based on storage, color and carrier, but many times Apple is shipping faster than carriers. This is likely as they prioritize new stock for Apple Stores.

iPhone 6 Plus has shipped!! I should have tomorrow! Thanks for speeding it up, AT&T!

Some AT&T iPhone 6 plus orders are also shipping out faster thanks to the increased stock. Multiple AT&T iPhone 6 Plus shipments are heading to users over the last 24 hours, many coming ahead of estimated deliver times.

This is great news considering how difficult it remains to walk into any carrier or Apple Store to buy an iPhone 6 and especially the iPhone 6 Plus. While checking to see what Apple Stores offer the iPhone 6 Plus in stock, it is still very tough to find one on AT&T, Verizon or T-Mobile.

Read: iPhone 6 Plus vs Galaxy S5

RjakActual rants about the number of people bending their iPhone on purpose and performing other stunts while he waits until November for his pre-order to arrive and user voneahhh shares an annoying tale of moving T-Mobile iPhone 6 Plus shipment dates.

“Fellow 6plus T-Mobile preorderer here. First they held my order until I called and confirmed that I wasn’t joking when I paid for my iPhone and that I actually did want it to be shipped (lol amirite), and now my shipping estimate for the past week has been (ncurrent weekday+2 weekdays)

I feel like a rabbit on a treadmill chasing a carrot.”

On Twitter some Sprint iPhone 6 Plus buyers are also wondering what’s going on with their order. Oscar Jasso asks, why his order is just sitting in a warehouse.

Sprint did manage to ship out a good number of iPhone 6 Plus orders early, but after fulfilling the pre-orders it looks like Apple is keeping any iPhone 6 Plus stock close to the Apple Store, and doling them out to carriers as they see fit.

The shipments arrive as Apple released and pulled an iOS 8.0.1 update that broke cellular connectivity on the iPhone 6 and iPhone 6 Plus for many users, as well as disabled Touch ID.

Apple also made news from reports the iPhone 6 and iPhone 6 plus bend too easily when carried in a pocket. Although some reports show bent iPhone 6 units the issue does not appear to be widespread. Apple is replacing bent iPhone 6 units if they pass a visual inspection from an Apple Store Genius according to The Next Web.