Though rival carrier AT&T was criticized in the past for slow speeds and an unreliable network due to the heavy strain that its iPhone exclusivity had brought, Verizon is now experiencing similar growing pains that is tarnishing its reputation. The Wall Street Journal is reporting that Verizon is acknowledging declines in network speeds in major cities and AT&T has overtaken Verizon in reliability ranking and network performance in some key markets. 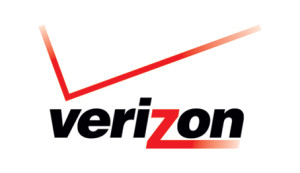 The Journal says that Verizon was “caught off guard” with the demand for video.

“There are certain hot spots that frankly the network hasn’t performed at the level that we would like it to,” Verizon CEO Lowell McAdam recently confessed.

For customers, this means that video will switch to a lower quality stream mid-way through, will stop and buffer, or users will find that they will be kicked off 4G LTE to a slower 3G network. For comparison, Verizon says that LTE is up to 10 times faster than 3G, so this will be a significant difference in performance for customers.

Performance reports published by RootMetrics show that download speeds on Verizon have declined by 29 percent in San Francisco and 15 percent in Chicago. Upload speeds have declined by roughly 20 percent in the same period when measured in October 2012 compared with spring of the same year. These slow downs have allowed AT&T to edge out Verizon in key markets, including San Francisco and Los Angeles, in leading the industry in speeds and reliability.

And while Verizon’s real world speeds have fallen, they still exceed the carrier’s advertised speeds, which Verizon says top out at between 10-12 Mbps. However, even so, the situation is so bad for some customers who aren’t used to Verizon’s marked performance decline. The Journal is reporting that one customer, Damon Leonhard of Ohio, carries a second T-Mobile phone as a backup when he travels to a more populated and congested Los Angeles.

The problem with faster mobile broadband speeds is that customers who have upgraded to 4G LTE-capable smartphones and tablets realize that they can do more, so they do. Videos load without much buffering and uploads to social media sites happen almost instantly. As a result of a better experience, customers are pushing the network more by consuming more video, driving more demand.

This is a mixed blessing for many carriers. On one hand, video demand pushes data consumption which drives revenue. Carriers like AT&T Mobility and Verizon Wireless are now turning to metered data plans and have already eliminated unlimited data buckets to more fairly charge customers who use more data.

Despite, the increase revenue, heavy data use is also straining the network. Much of this strain is created by video streaming with ease of access to services like YouTube, Netflix, Hulu, and others. These carriers are also trying to offload data traffic to WiFi whenever possible. On many smartphones, if you’re within a public hotspot, your WiFi will automatically turn on and ask if you want to connect to save on data.

According to AT&T, roughly half of the data traffic is generated by video use and Ericsson’s Mobility Report cites that over a third of all mobile data traffic is due to video demand. This number will likely grow as videos will become even more high resolution.

To compensate, Verizon has invested an additional $500 million–half a billion dollars–to upgrade its network in urban environments to increase capacity, with the completion of the work scheduled for the first half of 2014.

The company will utilize its new AWS spectrum to accommodate more users and maintain high speeds. A transition to VoLTE, or voice over LTE, will likely also help reduce network strain while at the same time deliver the benefit of cleaner, higher fidelity voice quality for phone calls.