Words, words, words. They are tricky things. Unless you don’t believe in them, or the meaning behind them. Unfortunately these days, words do lose meaning. I long ago surrendered to the fact that the FTC and the FCC kowtowed to US carriers when they allowed them to decimate the English language by pretending that the word “unlimited” meant something other than unlimited. I guess on some level we all just let that steamroll right over us, given how much we enjoy our connectivity. I mean let’s face it, the word “unlimited” has indeed lost its meaning when it comes to broadband connectivity. To confirm that, albeit after the fact, comes word via 9to5 Mac that Verizon CFO Fran Shammo spoke today at a Goldman Sachs conference and delivered these remarks:

“Unlimited is just a word, it doesn’t really mean anything, So that whole unlimited thing I think is going by the wayside and they see the benefit of going to the shared. “ 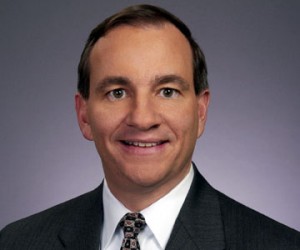 Well, for a numbers guy I guess it is pretty easy to dismiss words as “just a word” that doesn’t mean anything. But then again, I can think of quite a few words that I’ve seen on carrier contracts and documents that I would like to hereby declare don’t mean anything.

Those are “just words” after all. If what is good for the goose was indeed good enough for the gander, then Verizon (and other carrier) customers could just as easily say, “those are just words, they don’t really mean anything.” In fact, customers could just dismiss all the verbiage in this entire agreement as “just words.” But then, we all know that can’t happen.

I guess this is what happens when you let a bean counter use “words” in public.