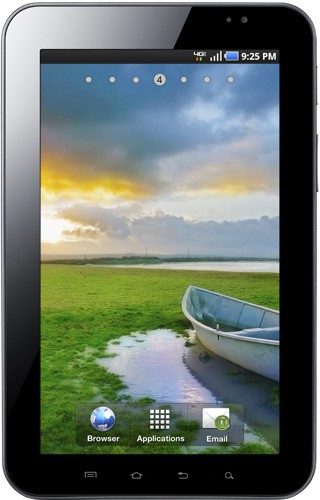 If you tell me you didn’t see this coming back when you bought your Samsung Galaxy Tab you’re lying. Or maybe you ignored that recent price drop that happened, oh, when was that, last weekend? OK, maybe you’re not lying. Maybe you’re just an early adopter with lousy rationalization skills.

Verizon today announced that they would be bringing an updated Samsung Galaxy Tab to its stores. Yep, that’s right. Of course Verizon isn’t fooling around with 3G here, this will be a LTE 4G model (with a 3G fall back). The processor is bumped up to 1.2GHz and the camera has gone from 3MP to 5MP. No word yet on pricing or when this will be available.

But keep in mind you’re not alone here. Samsung is promising all kinds of new Galaxy Tab Tablets in the near Honeycomb future.

Designed with a rear-facing 5 megapixel camera, the 4G LTE-enabled Galaxy Tab is also outfitted with a front-facing 1.3 megapixel camera and camcorder, enabling video chat capabilities. The 4G LTE-enabled Galaxy Tab includes access to Samsung’s Social Hub service, built around messaging, contacts and calendar sync, it allows users to send and receive information, whether it is e-mail, social network updates or text messages. It also features Samsung’s Media Hub content service available on the 4G LTE network, which offers a robust collection of premium movies and TV episodes for purchase or rental from some of the biggest entertainment companies in the United States. Additionally, the 4G LTE-enabled Galaxy Tab will come preloaded with popular LTE-specific applications.

“The 4G LTE-enabled Galaxy Tab takes full advantage of Android 2.2 to deliver a blazingly fast experience for customers,” said Marni Walden, vice president and chief marketing officer for Verizon Wireless. “The 4G LTE-Samsung Galaxy Tab pairs Samsung’s advanced technology with the power of Verizon Wireless 4G LTE, so that customers can leap into the future of the mobile multimedia experience.”