Nothing stresses a network like a major event, and it doesn’t get much bigger than the Super Bowl. In order to prepare for the estimated 85,000 people who will descend on the Lucas Oil Stadium for Super Bowl 46 Verizon has pumped a significant part of 69 million dollars into ensuring a reliable and fast cell network.

This is the first 4G LTE Super Bowl, which means that Lucas Oil Stadium and downtown Indianapolis is packed to the rafters with the latest 4G LTE antennas and technology. In addition to the stadium, Verizon has upgraded the network in 30 downtown venues. 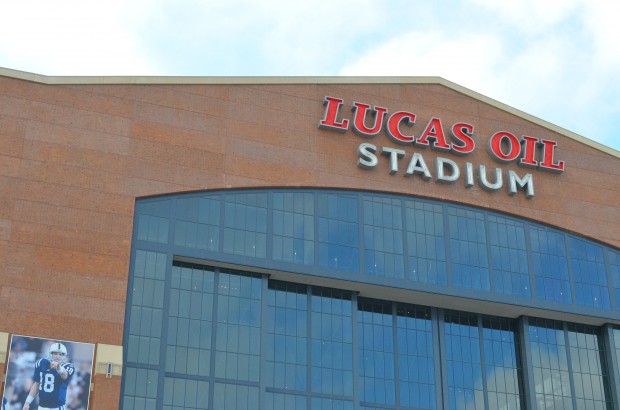 Verizon invited GottaBeMobile on a tour of the “most wired” stadium in the NFL, to see exactly what goes into delivering speeds fast enough to watch the Super Bowl on your phone, while you are at the game. From 3G to 4G LTE and even WiFi, Verizon has put together an impressive network.

Behind the Scenes of Super Bowl 46 with Verizon

What Does the Network Need to Handle?

The average Colts game draws 70,000 people, but the Super Bowl is expected to bring in 85,000. Much of this increase will be in the form of high demand users such as press and team staff.

Verizon has built this enhanced 4G LTE network to handle 2.5 times the traffic of a normal Colts game.

Verizon has deployed a mixture of solutions throughout the Lucas Oil Stadium to make sure that you can talk, text and surf on game day. 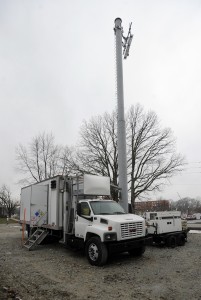 In order to understand the needs of a network during the Super Bowl, Verizon sent a team down to the Dallas Cowboy’s stadium during Super Bowl 45 to understand all the logistics involved in supporting this many users. Based on these findings, and the team’s experience with the Indy 500 and Kentucky Derby, Verizon put a plan in place, beginning work in February of 2011.

The Verizon engineers have set up the system so that as you walk up the steps to go into the Lucas il Stadium your phone will switch from the exterior DAS to the internal DAS.

By avoiding RF pollution and spillover you won’t have dead zone issues. During our tour, I was impressed with how well the network handled data while in the bowels of the stadium and as I walked out of the stadium.

While in the stadium, I was able to get an amazing 4G LTE data speed, which I was assured was real. Granted this is the result of an empty stadium and almost 69 million worth of network upgrades, but damn that’s fast.

4G LTE is Super Fast Under the Right Conditions

What Will Verizon Do On Game Day?

During the Super Bowl, Verizon will have five Test Men and Test Women walking the stadium with a small backpack testing device. Teh size of a larger camera bag, this setup can measure the network performance during the game.

These Verizon Testers can relay information to the on site personnel and to the Verizon Super Bowl Command Center, where experts can adjust network power to compensate for increased needs and game day surprises.

What Happens After the Super Bowl?

One set of 4G LTE antennas.

The best part about this upgrade is that almost everything will be left behind. When the game is over, Verizon will drive the COWs off to handle network needs in other locations, but the network upgrades to the downtown area will be left in place.

This includes the internal and external Distributed Antenna Systems, in-stadium WiFi and the improvements to downtown venus.

Thanks to Verizon Wireless for the behind the scene’s look at the Lucas Oil Stadium.