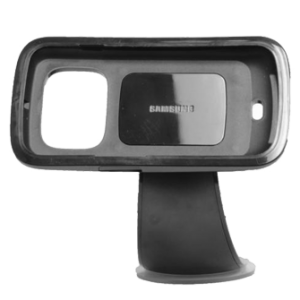 On the international car dock, the car charging cable is fed to the base mount of the car dock. Charging is passed through the dock and up through the 3-pin connector and the charge is transmitted to the phone without having to plug or unplug the charging cable every time a user inserts or removes the phone. On the Verizon LTE version of the car dock, as the 3-pin connectors are not present, users will have to manually plug and unplug the charging cable, which will need to make direct contact with the phone, every time the phone is docked or undocked from the car dock. Also, as the micro USB charging cable doesn’t get inserted into the base of the dock on the Verizon accessory, the base where the suction cup is located is more slim and less bulky than the GSM counterpart. 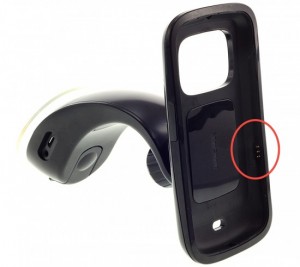 GSM official car dock with 3-pin connector and bulkier base

On the upside, the international car dock retails for about the equivalent of $50 while Verizon is selling its more basic car dock at $40, or a $10 savings.