While the speculated launch date for the Verizon 4G LTE edition of the Galaxy Nexus came and gone without the smartphone being released, we’re now hearing that the device may land on Verizon’s network starting on December 15, or two days after the December 13 launch date that we had reported earlier. The new mid-month release date comes via SlashGear, which is reporting that multiple sources are telling the site that the device will land no later or sooner than the 15th.

Though Verizon has been shipping the phones to official retail channels, the carrier has not given official permission to any retailer to begin selling the phone. However, over the weekend, several lucky Android hopefuls were able to purchase a Galaxy Nexus from stores. 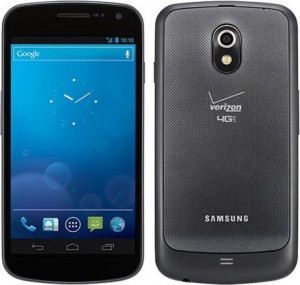 The device has been the subject of anticipation and controversy in the U.S. First, the device will be the first Nexus product for Verizon and when it launches it will make Verizon the first and only carrier to offer the latest Nexus phone. Second, the issues of NFC has been a contention in the community.