The Galaxy Nexus is one of the most anticipated phones of the year, specifically the Verizon Galaxy Nexus with 4G LTE.

While the Galaxy Nexus release date on Verizon was all but confirmed for December 9th, it looks like the phone will once again be delayed — a move that reminds me of the troubled launch of the HTC ThunderBolt.

This morning we heard from a source that Verizon employees had received an email telling them that the Galaxy Nexus release date had been pushed back.

A local store confirmed the delay, but would not share more details about why the Galaxy Nexus was not launching on December 9th and when we might expect to actually purchase the Galaxy Nexus.

Droid-Life confirms this delay with a new screenshot of the Equipment Guide which no longer has a December 9th Galaxy Nexus launch date. Instead, it says, “launch date is coming soon.”, which is shown in the image below. 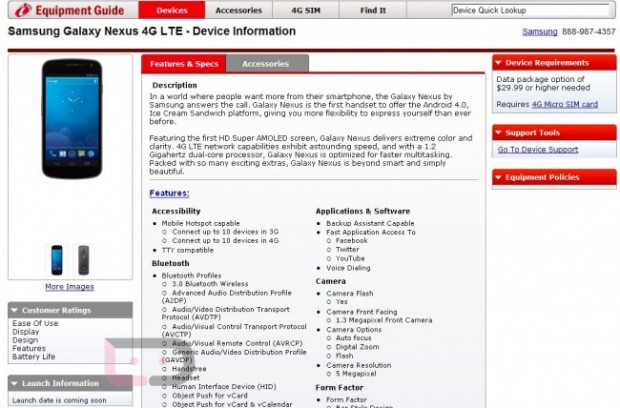 Hopefully the Galaxy Nexus release delay isn’t tied to an actual phone issue, but rather the 4G LTE SIM issues that have been hampering the use of some Droid RAZR devices.

This wouldn’t be the first time that a 4G LTE issue delayed a smartphone launch, and I’m betting it won’t be the last.