The Verizon Galaxy S III delivers one of the best Android experiences on Verizon complete with a large HD display, 4G LTE and a collection of features that will entice advanced and novice users.

Be sure to read the in-depth review of the Galaxy S III for a comprehensive look at the new Samsung smartphone. My first impressions are specific to the Verizon Galaxy S III.

The Galaxy S III design are consistent between carriers, and the only branding present on the phone is a Samsung logo on the front and a Verizon 4G LTE logo on the back. 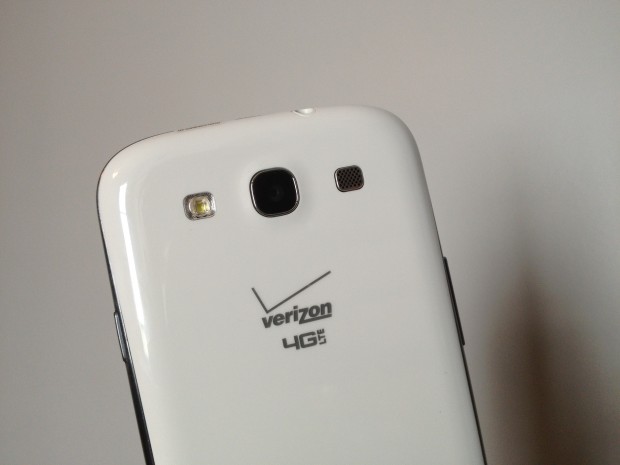 Verizon sent the white Galaxy S III over for review, and while I typically opt for black or dark-colored phones, the White Galaxy S III is eye-catching. The Silver trim around the edges and slim bezel focus attention on the large  4.8-inch display. The Curved edges and shape of the silver trim makes the phone look even smaller than it is. 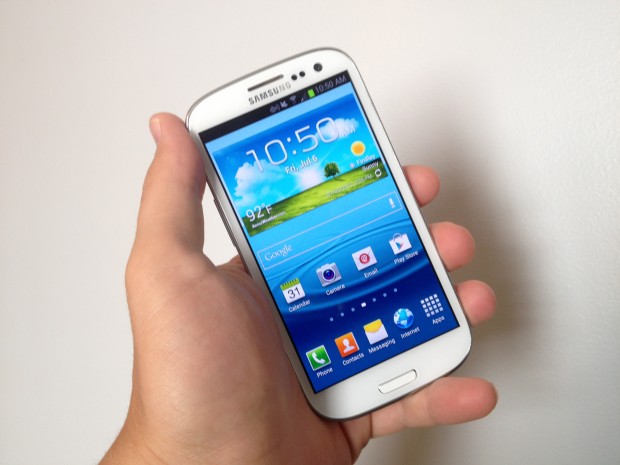 While the 4.8-inch display sounds like it could make for an unwieldy phone, Samsung designed a small bezel and thin phone to which is similar in width to the Galaxy Nexus and thinner.

The Galaxy S III is much lighter than the Galaxy Nexus, and fits well in an average size hand. There are times when I feel like the Galaxy S III will pop out of my hands thanks to the smooth back and curved sides, but so far those fears have not materialized.

I still have not adjusted to the button placement, which puts the back button on the right side of the phone and swaps the multitasking button for a menu button, but I do like the physical home button in the middle of the device.

In my initial use and testing the Galaxy S III is a very snappy device. The phone switches between apps swiftly and launching S-Voice is relatively quick, even if the AI isn’t always spot on. Watch the Galaxy S III benchmark video below.

The US Cellular and AT&T Galaxy S III models in the U.S. also ship with 4G LTE, but the Galaxy S III on Verizon offers the best access to 4G LTE speeds. These connections are 10 times faster than 3G.

Based on my first tests the Galaxy S III has a slightly stronger antenna than the Galaxy Nexus, and is able to hold on to 4G LTE in areas with poor coverage better. The following speed tests show the 4G LTE speeds in Findlay Ohio with good coverage.

The upload speeds are slow for 4G LTE, but I am observing this on all of my 4G LTE devices and I believe it has something to do with massive storm damage in our area.

The Android smartphone cameras I have used don’t normally match up to the quality, fast access and fast shutter speed of the iPhone 4s, but Samsung is much closer.

I am able to launch the camera from the lock screen without the lag I find on many Android phones, and shutter lag is not an issue. I took four photos yesterday without realizing I had even taken them because the shutter is fast and responsive.

Check out this photo I took indoors to get an idea of the performance in medium to low light. 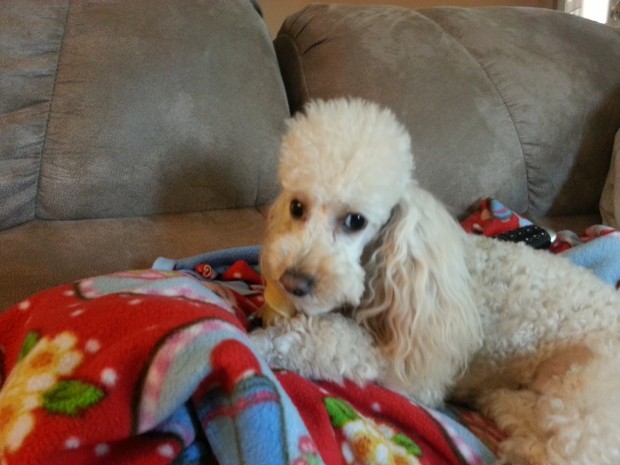 There are many modes I will test out including burst mode, which shoots eight images at once, and smile mode which takes a photo when the subject smiles.

So far I am impressed with the Galaxy S III camera and looking forward to putting it through its paces more in the coming days.

Samsung spent a considerable amount of time adding features to the Galaxy S III which make the phone easier to use and more user-friendly.

The Smart Stay feature detects a face with the front facing camera and prevents the display from timing out when I am looking at the phone. This feature sounds silly, but it is quite brilliant and something I wish more phones had. Yes, movies and book apps will often avoid timing out on purpose, but with Smart Stay the phone display remains on while sharing photos with a friend, listening to music and more.

S Voice is less useful than Siri and not as good at understanding requests as Google Now, but the app does offer a range of functions like the ability to control system options and open apps. I’ll be putting S-Voice to the test to see if the app can shine.

The Verizon apps pre-installed on the Samsung Galaxy S III.

Verizon does not add a lot of bloatware to the Galaxy S III. THe only Verizon apps I found are the My Verizon app, Apps, VZ Navigator, Voicemail and the Mobile Hotspot app.

Stay tuned for my Verizon Galaxy S III review, and be sure to leave your questions in the comments.