The long-rumored Verizon HTC One, unofficially known as the HTC DLX Plus, has emerged again in rumors again today with a new leak suggesting its features which, if the real deal, look similar to the features found on the HTC One coming to AT&T, Sprint and Verizon.

Since HTC announced the HTC One in February, rumors have been swirling about a Verizon version of the HTC One. At is stands, only three of the nation’s five largest carriers are set to carry the HTC One at launch, carriers which include AT&T, Sprint and T-Mobile. However, rumors of a Verizon HTC One have swirled, especially this weekend when the Droid DNA disappeared from Verizon’s website, then reemerged sporting a new SKU. 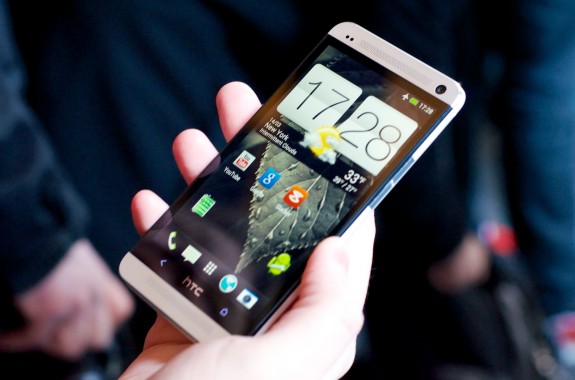 Rumored specs for the Verizon HTC One have emerged.

While that may or may not be a sign that something new is on the way, today, we have another glimpse at what may just be the specs for the Verizon HTC One, also known as the HTC DLX Plus, a plus version of the HTC DLX which is, of course, the name for Verizon’s Droid DNA.

Noted HTC leakster LlabTooFeR, who has been accurate with information in the past, suggests that the Verizon HTC One or HTC DLX Plus, will be touching down with some high-end features that resemble the HTC One’s specs. This is not surprising whatsoever as rumors have suggested that Verizon will be getting the HTC One at some point.

He claims though that this will be the next HTC device which could mean that it’s the new HTC Butterfly 2 that HTC confirmed. He also says that the device is a flagship for carriers that did not receive the HTC One. So this could mean that Verizon’s device will come under a different brand name, perhaps the Droid DNA moniker.

Rumored specifications for Verizon’s device have leaked out as well, and here is what to expect.

These match up with the HTC One specifications almost perfectly. Unfortunately, there is no word on the design of the phone but given that it may be a different model than the HTC One, we could see something different from the full metal design. There is also no mention of a 64GB model, something that was deemed an AT&T exclusive just a short time ago.

Thus far, release date rumors have suggested that Verizon’s version of the HTC One could be coming a month or two after the initial HTC One launch but it’s unclear just how the U.S. release date delays have impacted Verizon’s model.